Argentina still pissed off at Britain’s sovereignty over the Falklands 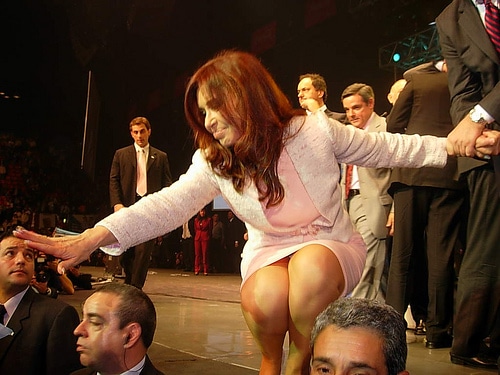 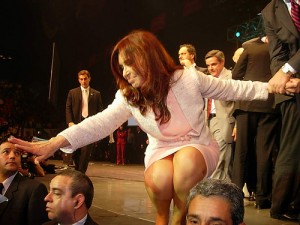 Argentina has launched a fresh diplomatic attack on Britain over the Falkland Islands, questioning whether the UK should keep its seat on the United Nations Security Council.

Jorge Arguello, its ambassador to the UN, said Britain should no longer be guaranteed a place on the Security Council because of ‘having won a war 60 years ago’.

A close ally of the Argentine president Cristina Kirchner, he was reacting angrily to comments made by David Cameron who said in his Christmas message, ‘We have no doubts whatsoever about the United Kingdom’s sovereignty over the Falkland Islands.’

He said the Commander of the British forces in the region ‘will have the right range of potent assets to defend the Islands, and reinforce quickly if necessary’.

Mr Arguello responded, ‘The time is coming when the international community may ask itself whether having won a war 60 years ago is sufficient to ensure a place on the Security Council in the 21st Century.’

He claimed that the current islanders on the Falklands were ‘implanted after the Argentine population that lived there was removed by military force’.

President Kirchner has pledged an ‘eternal fight’ for the islands, which Argentina invaded in 1982 before being defeated by a British force sent by Margaret Thatcher.

The comments from Buenos Aires were condemned last night as ‘provocative and unacceptable’ by Tory MP Andrew Rossindell, a member of the Commons foreign affairs select committee.

He said, ‘Britain’s contribution to world freedom by protecting countries which have been invaded, both in the Second World War and in 1982, is exemplary. I am not sure Argentina can claim to have such a record, in fact quite the opposite.’

Cameron is bang on the money to say sovereignty is a discussion for the islanders. They have the right to self-determination.’

There is a permanent British military presence on the islands, with 1,076 troops and four ships stationed in the region.