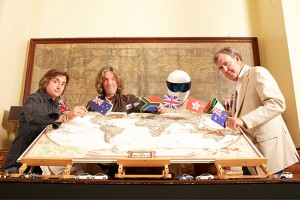 TOP Gear are going to kill off The Stig, and it’s going to be viciously done.

James May has stated that the white helmet, gloves and overalls will be taken back.

Ben Collins, 35, who was unveiled earlier this week as The Stig has also been keeping another secret. Collins is said to have served as a member of the renowned 23 SAS, the regiment of highly trained reservists, training SAS heroes in daring “escape and evade” driving skills while serving with the British regiment.

The SAS has known all about his secret identity as The Stig ever since he landed the job back in 2003.

One member of the Special Forces unit commented, “On the driving tracks he 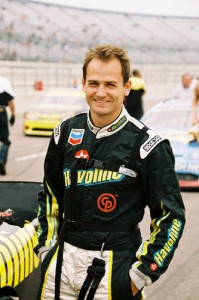 helped pass on his knowledge of high-speed escape and evade tactics.”

SAS hero Ben Collins’ unmasking as The Stig won a legal battle that allowed him to tell his story of The Stig in a book.

Cold James May said The Stig will be ousted in the same manner as his predecessor.

The producer of Top Gear was furious with Ben Collins writing about his role about being The Stig.

Filming will start next week and an inside source revealed that Top Gears producer already has a good idea of how to kill him off.

This whole secret identity thing with Top Gear and The Stig has become quite a thing…really it has. It’s, dare I say, almost as big as “Who shot J.R.”

Collins was axed from the show on Wednesday after the BBC’s failed licence payer-funded High Court battle against HarperCollins, who publish The Man In The White Suit in two weeks.

Top Gear returns for its 16th series later this year.