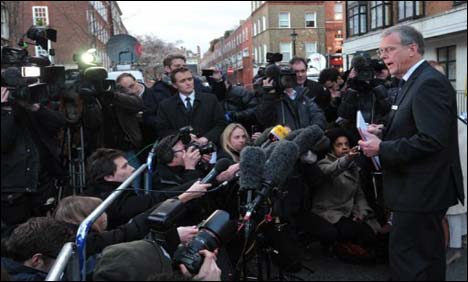 Don’t you hate it when the news is about a tragedy and the press use it to bash Australia?

The UK press this week have been full of diatribe about a hoax call that ended with a death. I don’t want to comment on a subject that brings only sadness to the nurse’s family and children and the Radio presenters who know they have messed up. But I do want to express my feelings on the UK press.

There have been mostly vicious and even downright stupid comments about the death. One woman journalist compared the problem to attaching fireworks to a dog’s tail. It is sick when others can attribute non-factual happenings to a situation they had not been committed. Another reported comment hinted that Australia was devoid of culture and this could be a reason for bullying which may have caused the hoax call. We need the facts only to be reported.

The UK Prime Minister looks to be back peddling on his gay marriage commitment. With protests in France and other European countries against gay marriage, the Prime Minister in London is being attacked by the churches of all religions.

It’s really good news about the possibility of a Royal baby, or even twins.  Guessing the names of the babies is all the rage around the world. In the USA the favourite is Hank, and in Germany its Hans. Maybe it’s time we in Australia had the Royal baby named after our loyal countrymen.

We could have the Prince of New South Wales, Duchess of Adelaide, Duke of Sydney or Princess of Perth. Names such as Rolf or Kylie, Julia or Tony…or even names ending in Up would have a traditional ring.

My first choice for the baby would be Victoria.

Send any suggestions you have to Ozzienews, and it will be forwarded to Her Majesty for consideration.