The war between Apple and Samsung continues 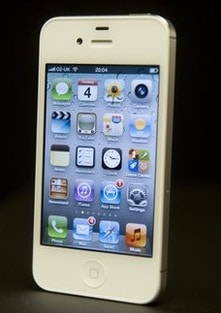 Samsung is seeking an injunction to get the new iPhone 4S banned from sale in France and Italy.

It claims that Apple has used 3G wireless technology, which Samsung invented, without paying for it.

A patent war between the companies has been rumbling on for months in courts around the world.

Apple has obtained temporary embargoes on its rivals’ products in Australia and Germany and is seeking similar rulings in several other countries.

Patent law blogger Florian Mueller warned that Samsung was putting the cart before the horse by seeking an injunction before negotiating terms.

“Imagine what would happen if every participant in a standard-setting process could later shut down entire telecommunications networks even if the alleged infringers are willing to pay a royalty to be determined, in the event of a commercial disagreement between the parties, by a court of law,” wrote Mr Mueller on his Foss Patents site.

Because the technology is essential to the functioning of modern phones, Samsung is obliged to license it to other manufacturers under Fair, Reasonable and Non-Discriminatory (FRAND) terms.

Conversely, the patents being enforced by Apple against Samsung in Germany, the Netherlands and Australia relate to specific innovations which it is not obliged to license – primarily around its touchscreen user interface.

It has also successfully argued before the courts that the look and feel of Samsung’s Galaxy Tab gave a “clear impression of similarity.

As a consequence of the actions:

The Galaxy Tab 10.1 is currently banned from sale in Germany.

A ban on sales of Samsung smartphones is due to come into effect in the Netherlands in October.

Samsung has postponed its tablet launch plans in Australia while its legal battle there is ongoing.