Teenager stabbed and dies in Sydney 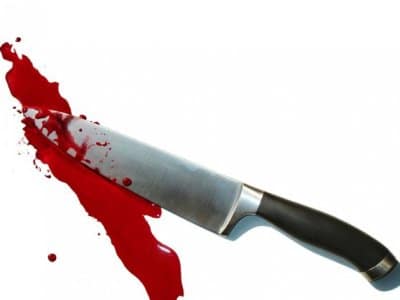 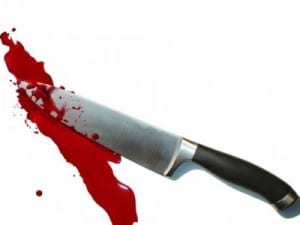 A teenager dies after being stabbed during an armed fight in Sydney.

Emergency services were called to Stranraer Drive, St Andrews, in the early hours of Saturday morning after reports that a 17 year old had been injured.

Paramedics found him lying stabbed in the street and took him to Liverpool hospital where he died a short time later.

A police spokesman said it is thought that the teenager was hurt after a confrontation between two groups of men. Nobody else was injured.

Of course there was a bloody confrontation…someone’s died from a stab wound…what sort of dickhead police spokesman says shit like that…honestly.

A crime scene was set up and detectives investigating the death are canvasing the neighbourhood.

More and more people are getting stabbed, glassed etc. It’s, amazingly, becoming ‘the norm’ to read and hear stories like this one.

Why can’t the government come down a bit harder on the ‘knife-carriers’ and the ‘face-glassers’.

All you have to do is build a few more large prisons because there are a lot of fuckheads with knives that need putting away.

A message to Julia Gillard…’Bring back the death penalty, to empty some of our already full prisons. Tougher sentences for every person that breaks the law’.

When I was at school and did something wrong, it was possible that I might ‘get the cane’. And when I did get the cane, I was sure to not do it again.

The trouble is that kids at school can do anything they like, really, because there is no discipline. If there was a bit more discipline, then we wouldn’t have such bloody idiots walking around carrying knives, acting as if they’re something out of an Errol Flynn film.

Julia, if you had children, then maybe you might be a bit worried about your offspring going out at night. And it doesn’t matter how old they get, because you never stop worrying about them.

I’m not having a go for the sake of it, Julia…it’s just that, you’re the only one who can put policies in place to deter these awful people who carry knives around.

Just go over to England and live in South London for a few weeks, and then you can see what you don’t want Australia to become.