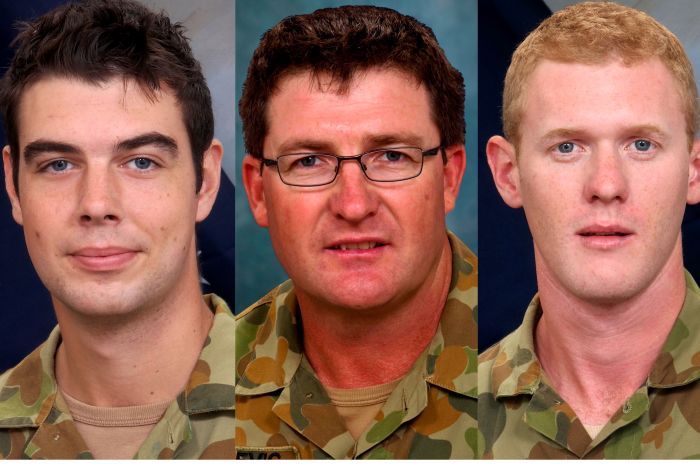 As the family and loved ones of Sapper James Martin prepare to farewell the Australian soldier, the Taliban has taken to Twitter to glorify a rogue Afghan accused of killing him and two other diggers in Afghanistan.

It shows him in front of a microphone with an apparent Taliban symbol on it.

Sapper Martin was shot dead at a patrol base in Oruzgan province on August 29, along with Lance Corporal Stjepan “Rick” Milosevic and Private Robert Poate, all with the 3rd Battalion Royal Australian Regiment (3RAR) Task Group.

The photo suggests Hekmatullah is hiding with Taliban support, probably in a built-up area with electricity and internet access.

The Taliban has claimed Hekmatullah has joined fighters in the mountains near Chora Valley, where the attack took place.

But there has also been speculation he might try to flee to Pakistan, which would put him out of reach of the Australian and Afghan troops searching for him.

And we want these sort of people in our country?

There may be nice Muslims, but there are a hell of a lot of sympathizers out there…and more than you think.

Just remember, “Not every Muslim is a terrorist, but every terrorist seems to be a Muslim”.