Sheree Murphy and Harry Kewell down under 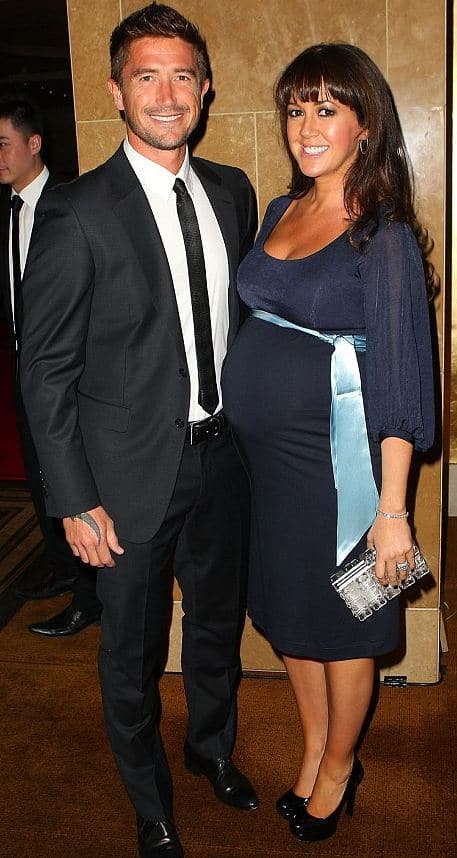 It’s always difficult adjusting to a new area after a big move. 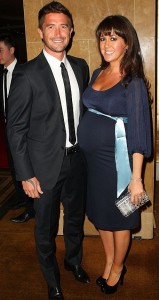 But Harry Kewell and former Emmerdale soap star, Sheree Murphy seem to be managing admirably- particularly since their relocation was to this side of the world.

A heavily pregnant-looking Sheree joined her footballer husband for the opening of the new Mahogany Room at Melbourne’s Crown Casino.

36-year-old Sheree looked radiant in a midnight blue dress with a sky blue silk sash, her deep tan suggesting that she’s been soaking up the Australian sun over the last month.

The actress is due to give birth in January, so the couple’s first Christmas in their new locale will certainly be a busy one.

Harry relocated his family Down Under after signing to play with the Melbourne Victory team.

Following a disappointing start to the season, sources have claimed that Harry was advised against a personal trip to Wellington this week in order to train with the team.

While Kewell is busy with his sporting commitments, it seems Sheree, who has had a role on Hollyoaks as well as Emmerdale, could soon find herself on the small screen.

It was reported earlier this month that the 36-year-old actress is set to be approached by bosses at the Neighbours soap.

A spokesperson for the show said: ‘We heard a few months ago that she would love to have a role on Neighbours, but there has been no contact from her agent as yet.

‘If we could find a role for her that would be appropriate, we would, of course, consider her for the role. Our UK audience is massive, so to have somebody like Sheree would be great as she would be instantly recognisable to viewers over there.

‘I suspect she grew up watching Neighbours in the UK, so I’m sure she would be open to the idea of joining the cast.’