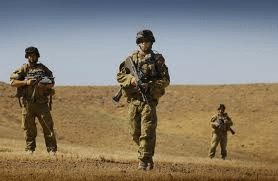 The review, carried out by Human Rights Commissioner Elizabeth Broderick, said the situation had improved significantly in the last decade. But it said that cultural changes were needed at the Canberra-based Australian Defence Force Academy (ADFA).

The review was ordered in the wake of a sex scandal at the institution. Two cadets were accused of secretly filming a female cadet having sex and broadcasting it on the internet .

They have now been charged in connection with the incident, which raised questions about the treatment of women throughout the Australian military establishment.

More than a quarter of all cadets and staff at the academy were interviewed by officials conducting the review.

Many women “stated clearly that they are treated equally and fairly”, the report said. “The predominant view was that for most women, most of the time, ADFA was a good environment.”

But 74% of female cadets said they had experienced harassment.

Data showed there had been “isolated incidents of serious sexual misconduct in recent years, including sexual assault”, said the report.

Part of the problem was inadequate supervision in some areas and a poor complaints procedure.

The review made 31 recommendations, including a establishing a mentoring programme for cadets, more education on gender relations and increased control over cadets’ alcohol consumption.

Ms Broderick said the academy and wider military needed to develop “a plan for cultural evolution which is more inclusive of women”.

“This necessarily also requires a shift from managing and accommodating women to an attitude of full inclusion, where women are recognised as an essential and vital part of the future capability of the ADF [army],” she said.