Ricki-Lee, gutted after being dumped by FM Nova 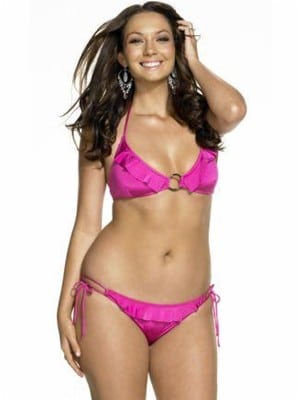 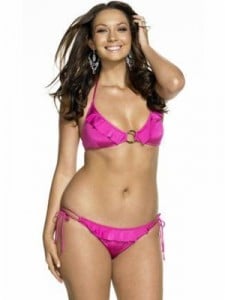 SACKED radio host Ricki-Lee Coulter says was gutted and shocked when she was axed from FM station Nova.

“Nobody wants to feel unwanted, so when something like that happens you do feel a bit upset,” Coulter said in her first interview since being dumped from the Sydney breakfast show alongside Merrick Watts and Scott Dooley.

“We were negotiating for next year, but then that stopped and I was told of the decision.

“At that stage I was half-expecting it, but there’s still a bit of shock, it’s a bit upsetting, but it is what it is.”

The talented entertainer will be replaced by Melbourne radio DJ Katie “Monty” Diamond.

Nova made the decision to sack Coulter public the day before the annual national radio awards, in which she was nominated for Best New Talent.

“I think that was a bit unfair,” Coulter, who did not attend the awards show, said. “It would have been nice to enjoy it with the team.

“But I wanted to lie low and didn’t want to be hounded, as I knew that was what was on everybody’s lips.”

The 24 year-old was given no specific reason for her axing.

“Everybody was very complimentary and nice, but no one has really given me an answer or reasons as to why.”

Coulter, who ended her 2007 marriage to childhood sweetheart Jamie Babbington after one year, insisted she had “already moved on” and was looking forward to the “next chapter in life”: finishing her next album and house-hunting with boyfriend Richard Harrison.

“He’s in Melbourne, but he is moving up here soon. We’re going to move in together.

“For such a long time, and most of our relationship, he’s been there and I’ve been in Sydney.”So nothing but fun lies ahead. I have nothing to complain about or worry about in my life.”

The former Australian Idol contestant said she would also continue with her fitness program, which has helped her shed 15kg in the past 12 months.

“One day I looked in the mirror and I wasn’t happy.
“If you’re not feeling good mentally, emotionally and physically, you’re just a mess – and that’s the point I felt like.

“It was a change in attitude and a shift in lifestyle. There’s no crazy diet; I train six days a week and I eat really well.”

“There’s no end goal. It’s about being fit and feeling great. And I do, I feel great.”