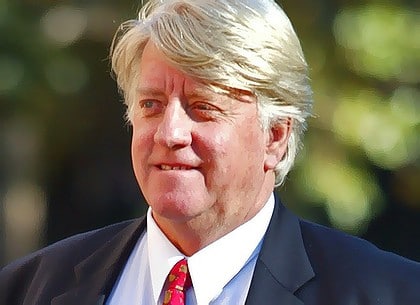 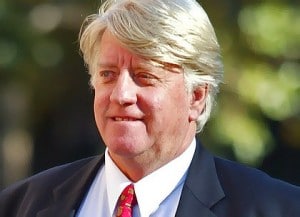 Warren Anderson, Perth’s property tycoon, has failed in his appeal of assaulting his wife. A Perth judge found and decided that he had no reason to lose self-control.

Anderson was found guilty by a Perth magistrate in April of assaulting his estranged wife, Cheryl Anderson, during a heated argument at their Peppermint Grove home last year.

Lawyers for Anderson had argued the multi-millionaire was provoked when his wife called him a ‘fucking paedophile who was rooting all the young girls around town’.

As a result he lost his self-control, grabbed Mrs Anderson by the right arm in an attempt to march her out the door, however, she tripped on a rug and fell to the floor.

Anderson’s lawyer Laurie Levy had argued the comments were highly offensive, containing serious allegations of paedophilia and which would cause an ordinary person to lose self-control.

However, on Monday, Justice Stephen Hall upheld Magistrate Pamela Hogan’s original decision that the words used could not be interpreted as an actual allegation of paedophilia.

‘What was actually conveyed and understood was that Mrs Anderson was saying that Mr Anderson was engaged in one, or possibly more than one, sexual relationship, with women significantly younger than himself,’ he told the West Australian Supreme Court.

‘Those words were used in the context of a heated argument.

‘The actual words used also suggested that Mr Anderson’s conduct in engaging in these relationships was shameful, indiscreet and socially unacceptable.’

Justice Hall also sided with Magistrate Hogan in finding that the words Mrs Anderson used would not ‘deprive an ordinary person of the power of self-control’ and cause them to assault the person.

As a result the judge dismissed Anderson’s appeal…which is probably right.

This man has again, probably been used to doing what he wants, when he wants it all of the time. But he’s a successful man and living the dream, I mean, let’s face it…many of us would.

He’s had an argument and acted violently, and it may or may not have been the first time, and he may not have meant it…I don’t know…maybe he did.

But to use the paedophile word when all he’s doing is screwing girls who are of age, and it doesn’t matter if they are a few years younger than him.

Anyone who reads Ozzie News on a regular basis will know that I am so against paedophiles and would have them all executed and stop wasting tax-payers money on these animals.

What he has been doing in his relationship is un-ethical…but it’s not illegal.

But the Judge has says that he had no reason to lose control.

If you live by the sword, be prepared to die by it.