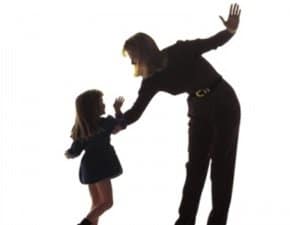 A high-profile Australian doctors’ group wants the smacking of children by parents made illegal, sparking debate by professionals about the proposal’s feasibility.

The Royal Australasian College of Physicians’ will seek an amendment to legislation to protect children from physical punishment.

It is currently legal for parents to use “reasonable” corporal punishment to discipline children, however, president of the college’s paediatrics and child health division, Associate Professor Susan Moloney, says such punishment may lead to abuse.

“We know that a significant number of child homicides are the result of physical punishment which went wrong,” Mr Moloney said.

There is also evidence depression, anxiety, aggression, antisocial behaviour and substance abuse all can result from physical punishment, doctors say.

Child psychologist Michael Carr-Gregg does not advocate smacking, but believes legislation would be unworkable, while family therapist Michael Hawton said many good parents smacked because they didn’t realise there were alternative disciplines.

Dr Justin Coulson, a father of five children and parenting author, says he is in favour of legislation, but does not think it’s enforceable and agreed that education is key to reform.

But Roslyn Phillips, research officer with Christian group FamilyVoice Australia, says “reasonable discipline” can teach children who have no logical concept of boundaries.

“A short physical action indicates `no’. An abusive action by parents is a crime, but a smack is not in that department,” she said.

The college, which represents 14,000 physicians, is to run a public awareness campaign to educate parents about the alternatives to smacking as part of its campaign for legal reform.