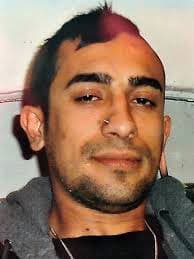 Unpaid rent on a Melbourne home ultimately led to the collapse of a major drug ring and the murder and dismemberment of one of its members, a court has heard.

A real estate agent stumbled across a drug lab set up in a Canterbury house when he arrived to pursue a late rent payment in July 2011.

But the Victorian Supreme Court heard the mastermind of the drug operation, Brok Seckold, mistakenly believed his cook Yengo Faugere had stolen the drugs then tipped off police.

Prosecutor Darryl Brown said Seckold and his right-hand man and driver Matthew Lowe, 25, organised the abduction and murder of Mr Faugere as retribution.

Lowe, of Reservoir, has pleaded not guilty to kidnapping and murder.

Police found some of Mr Faugere’s remains in a barrel on the back of a ute when they raided another of Seckold’s drug labs in the seaside town of St Leonards in February 2012.

He had also been with other drug-ring associates when they hired a van and bought a boat used in the abduction, murder and disposal of their victim, Mr Brown said.

Mr Brown admitted the case against Lowe was a circumstantial one, and it was unclear exactly who killed Mr Faugere and how they did it.

But he said Lowe was part of a joint criminal enterprise with Seckold and others to kill Mr Faugere on October 20, 2011.

Mr Faugere, 22, was originally from Sydney, where he met Seckold. He moved to Melbourne in 2010 to cook drugs in his large-scale and sophisticated operation, the court heard.

Police allege Seckold sent a text to an associate in the days after Mr Faugere’s death in which he asked how to dissolve a body, and was told to use sodium hydroxide.

Defence counsel Damian Sheales said there was nothing to link his client to the kidnapping and killing.

He said there was no evidence of how Mr Faugere died, who killed him, when it happened and who was present when it did.