Man’s cock BBQ’d to stop him cheating…and no onions! 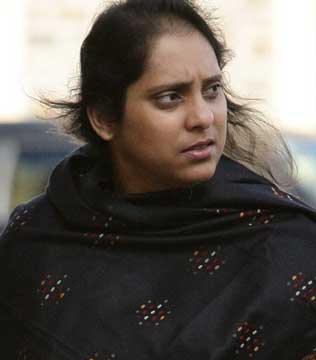 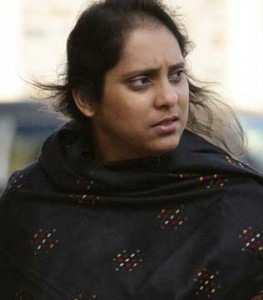 RAJINI Narayan loved her husband Satish so much that she believed setting fire to his penis would stop him from cheating, a court has heard.

Planning to confront her husband, Narayan instead “snapped”, dousing her husband’s back in petrol before setting him alight.

The 46-year-old has pleaded not guilty to murdering her husband at the couple’s Unley home in the early hours of December 7, 2008.

Mr Narayan, an engineer who designed ships for the Australian navy, suffered burns to more than 75 per cent of his body and died in the Royal Adelaide Hospital days later.

Today, the Supreme Court heard the jealous wife had discovered her husband’s affair then set fire to him and the family’s home.

In defence of Narayan, Lindy Powell, QC, told the jury Narayan confronted her husband, who was lying in the couple’s bed, shortly after he gave her his email password and she found emails detailing the affair.

“She said: You say you loved her. I’m going to burn your penis. I’m going to tell your family what you have done,” Ms Powell said.

Ms Powell said the words were “spoken from Narayan’s heart” because of a “genuine, if wildly misguided” belief she would keep her husband.

“He rolled away from her, turning his back on her. He said: `No you won’t, you fat, dumb bitch’.”

“In that split second in that highly emotional state, Narayan threw the petrol on her husband.

“In that split second, she had lost control … She was so overcome she simply lost her power to think and react rationally.

Ms Powell told the jury Narayan felt immediately remorseful and tried to save her husband of 24 years, and the couple’s three children, who were also in the house at the time.

She told the court Narayan’s husband had subjected his wife to years of physical and emotional abuse.

Tim Preston, prosecuting, told the court Narayan had admitted her guilt to neighbours.

“The accused told (one neighbour) that she had started the fire that she found out her husband was having an affair,” he said.

“She told (the neighbour) that she wanted to burn her husband’s penis.”

Mr Preston said she had told another neighbour: “I did it, it wasn’t an accident”.

He said police searched her handbag and found printed emails in which her husband declared his love for the other woman and a credit card addressed to the woman, providing motive.

He said Narayan had told a tarot card reader, who she had visited just days before the attack on her husband, that her husband would not let her reduce her working hours because she was paying for the other woman.

The trial is continuing.