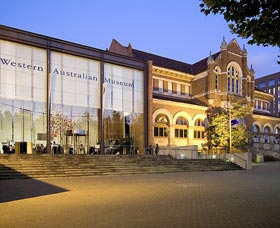 Western Australia has proven itself a hotbed of biodiversity with scientists from the Western Australian Museum recently describing 19 newly discovered species, including a fascinating underground crustacean without eyes and a spider hunting wasp.

The scientists have devoted all new species names to Carolus Linnaeus, the founder of modern taxonomy. Last year marked the 250th anniversary of the famous Swede’s publication on animals of the world in which he developed the two-part naming system – genus and species – which is still used today. Taxonomy is the science of recognising and naming new species.

The newly named species are made up of 11 spiders and their relatives, three crustaceans, two insects, a mollusc, a worm and a sponge.

Prof. Mark Harvey, Head of Terrestrial Zoology at the Western Australian Museum and one of the editors of the new publication, regards these finds as extremely important.

“The discovery of new species of life on earth is an ongoing and exciting process,” Prof. Harvey said. “Western Australia is a stunning diamond in the world’s biodiversity jewel case. The future of all life on this fragile planet depends on how quickly we can recognise, document and describe new species. The description and publication of a new species takes time, with each research publication taking months to prepare.”

The tiny spider Micropholcomma linnaei is only known from the forests of south-western Australia. Males have a shield on top of the abdomen, whereas females have small spots, giving them a distinctive appearance.

The amphipod Kruptus linnaei lives in subterranean habitats in the Fortescue River region of the Pilbara. These small pale crustaceans lack eyes and spend their entire lives underground.

The sponge Chondrilla linnaei occurs in shallow waters along across southern Australia. It is bright orange in colour.

The shell Callucina linnaei occurs along the coast line of Western Australian from Houtman Abrolhos to the Dampier Archipelago.o The leafhopper Gunawardenea linnaei occurs only on Barrow Island where they feed on vegetation. They move in sharp bursts by jumping.

The leafhopper Gunawardenea linnaei occurs only on Barrow Island where they feed on vegetation. They move in sharp bursts by jumping.

The researchers have also described four new genera – a pseudoscorpion, a spider, a crustacean and an insect. The pseudoscorpion-arachnids that resemble tiny scorpions but lack the tail and sting of their larger cousins – is named Linnaeolpium to further celebrate Linnaeus’ contribution to science.

“There are millions of species of animals, plants and other organisms on earth, and Carolus Linnaeus’ 18th century publications led the way in documenting that diversity,” Prof. Harvey said.

The research leading to the volume was undertaken by 31 researchers from around the world.