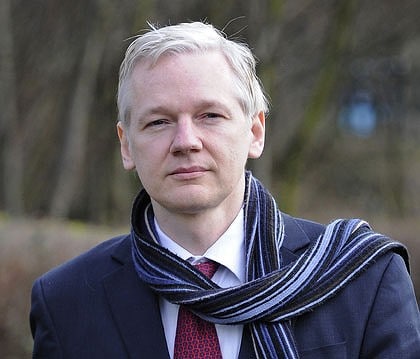 Julian Assange, the founder of Wikileaks, has been offered an Aboriginal Nations passport in an inner-city Sydney ceremony after he was “abandoned” by Australian authorities.

His father, John Shipton, accepted the document at a celebration at Darlington.

He said his son had been jilted by the Australian government, and the passport ceremony – which follows Ecuador’s decision to grant Mr Assange diplomatic asylum – was a show of solidarity.

“Australian governments of every colour are happy to abandon their citizens when they’re in difficult situations overseas,” he said.

Mr Assange has been staying at Ecuador’s embassy in London since June to avoid extradition to Sweden, where he is wanted for questioning over sexual assault allegations.

His lawyers fear extradition to Sweden could pave the way for him to be sent to the US, where he could face trial over his website’s release of classified documents.

Mr Shipton said his son had requested a change to the wording of the document but embraced the cause.

“Julian has always expressed the desire that the Aboriginal people of Australia be recognised as sovereign,” he said.

“It is a point of view that is becoming more accepted.”

Indigenous Social Justice Association president Ray Jackson said more than 200 people were present at what could become an annual event.

He said the Australian government had not given Mr Assange sufficient aid.

“Julian was treated badly by this government, who are quite happy to sit back and take orders from the US,” Mr Jackson said.

The passport will now be sent to Mr Assange in London.