Iran will be a nuclear super-power in 1 year 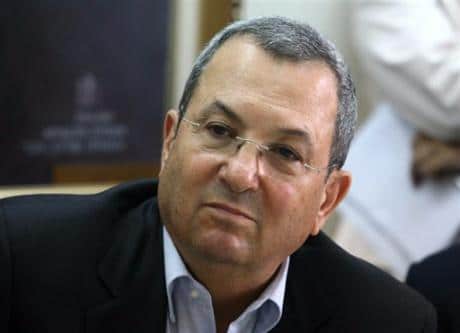 Iran is less than a year away from being unstoppable in its goal of producing a nuclear weapon, Israeli Defense Minister Ehud Barak said in an interview with CNN released on Saturday.

In an advance transcript of an interview to air on CNN’s Fareed Zakaria GPS programme on Sunday, Barak said Israel was focused on the prospect of a nuclear Iran and what ‘should and could be done about it on time.’

‘It’s true that it won’t take three years, probably three quarters before no one can do anything practically about it because the Iranians are gradually, deliberately entering into what I call a zone of immunity, by widening the redundancy of their plan, making it spread over many more sites with many more hidden elements,’ he said.

Barak, a former Israeli prime minister, said a report earlier this month by the U.N. nuclear watchdog that said that Tehran appeared to have worked on designing an atomic bomb and may still be conducting secret research had had a sobering effect on world leaders and was driving urgent, intensive diplomacy.

The International Atomic Energy Agency (IAEA) report confirmed long-standing concerns that Iran aims to build a nuclear weapon, which Israel sees as a threat to its existence. Tehran has said its nuclear program is for peaceful purposes.

The United States and Israel have not ruled out possible air strikes on Iran’s nuclear sites, Reuters reports.

‘I don’t think that that is a subject for public discussion,’ Barak said when asked whether Israel was prepared to attack Iran to stop its nuclear ambitions.

He said a nuclear Iran would have deep repercussions for the Middle East, prompting countries like Saudi Arabia, Turkey and Egypt to ‘turn nuclear’ and starting a countdown to putting nuclear materials in the hands of terrorists.

Barak declined to comment on widespread speculation an explosion at an Iranian military base last week that killed 17 troops including an officer regarded as the architect of Iran’s missile defense systems was the work of Mossad, Israel’s intelligence agency.

‘No. I don’t know anything that I can contribute to this conversation,’ he said.

Iran has said the explosion took place during research on weapons that could strike Israel but has denied speculation of possible sabotage by Israel or the United States.