And quite often this used to be the case. However, the reality of modern day internet dating is very different. A whole range of people from across the whole demographic of our society are giving it a go.

In a world that was once the domain of professional (and costly) date coaches and matchmaking services, free dating websites such as Plenty of Fish and Oasis Active, and to some extent social networking sites such as Facebook, have revolutionised, and to some point challenged, the instinctual process by which humans seek out a mate.

I first discovered internet dating back in early 2009. Like most others, I had previously looked down on online dating as the harbour of paedophiles and other shady, socially inept characters. A friend of mine, Gregg, had hooked up with women a couple of times so I thought I would give it a go.

Surprisingly enough though, a girl I met on Facebook had beaten Oasis to the punch. I had never met anyone from the net before, so naturally, when I had my first meet only a couple of weeks after talking to her, I was naturally a bit nervous.

She wasn’t looking for a relationship, and that suited me just fine. Gabby came over for a drink and with no exaggeration what so ever, we were having sex within 10-15 minutes of her arrival. And that was it.

A couple of times a week I would pick her up from work down the road, we would have sex, and then I would drop her home. The perfect relationship of convenience. This lasted for several months until we got bored and moved on. My confidence was boosted enormously in the online dating scene as a result of this rendezvous.

However, I was extremely lucky on my first strike. My next ‘date’ was to highlight to me the innate problems and dangers of dating someone you have never met and seen before.

While online dating has the potential to reward those persistent enough in its utilisation, there are certainly risks. At times the online world becomes an escape for some people, a place where they can be whoever they want to be. This is fine on anonymous chat rooms and forums, but when it translates through to a scenario like the one I am about to illustrate, it can be deceptive and have different consequences for different people.

It was some time later when a mate, Tommo, asked me to drive him to meet someone he had met on Plenty of Fish. Tommo is one of my best mates, but he is an intriguing character at the best of times. Since he left the Navy, he has had no job, no car, he has no conscience and certainly no respect for women, yet he seems to excel at picking up girls.

However, this particular female had not attached a picture to her profile, 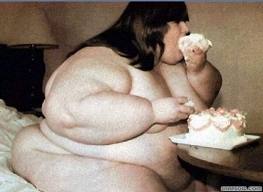 she owned a nice house, a nice car and we figured it was worth the risk. The plan was to go over, have a few drinks, and attempt to ‘tag-team’ her. Upon arrival at her house, it became immediately apparent that she was not who she said she was on her profile. She was around 35, covered in acne and absurdly overweight. This might sound harsh, and she may have had a great personality, but the fact is that physical attraction is always going to be the first thing you notice when you meet someone. And in this case it certainly was very one sided. In all honesty though, we did get drunk, and we did hook up with her. Why? Because it was funny and that’s all there is to it.

But the point I’m trying to make here is that she had portrayed herself as a somewhat attractive twenty-something year old on her profile. This is one of the biggest requirements for successful online dating…honesty.

Sure, we may all exaggerate a little bit from time to time, and that is acceptable. But an out and out lie is sooner or later going to be found out, and more likely than not, this woman has probably been hurt many times by guys turning her down as soon as they meet her for real. Maybe if she had been honest on her profile in the first place, then she may have met someone who didn’t have such big expectations and maybe was more focused on her personality.

I could tell these stories all day, but I don’t want to detract from the point of the article.

Why do we look for love or company online? The main answer is fairly simple…convenience. Why go to a bar or club and spend umpteen dollars on drinks and such on a girl who is probably out of your league and has already been hit on by 30 other guys that night? When you talk to women on most dating sites, its because they want to talk to you. They have to accept or send a request before any contact is made, so there is at least a certain level of interest or attraction between the two parties present. But there are also other reasons.

Some people just want something different, outside their normal social group. Or maybe they’re just slack. Everyone has their own different motivations.

Nowadays, I don’t find it hard to pick up or approach women at all. I’m tall, have a decent job, a fairly good conversationalist. And whilst I am a bit overweight, I’m fairly good looking. So my Mum tells me anyway.

But a couple of years ago, I was hopeless with women. I was in a relationship from the ages of 16 till I was 20. So when I really should have been out on town with the boys learning these skills, I was at home with my girlfriend. So after we broke up, I really had no idea how to approach women or pick up. Online dating was a good easy way to introduce me to the dating scene. As a result of this, I’m now confident enough to go up and initiate a contact with just about any female, without becoming too full of myself. I’m now known among some friends as a person with a modicum of skill for this type of thing, and am even approached for advice on a regular basis. Of course with the exception of Tommo, who has an almost uncanny knack for attracting women.

One of the key points to remember when dating online is that not every attempt at contact is going to be a success. I probably have a 10% or less success ratio. But like anything, the more time and effort you put into it, and the more requests you send, the more rewards you are likely to reap.

Customise your profile to what you are looking for. Everyone is looking for something different whether it be true love, some company, friends or just a hook up. Keep your profile description short and sweet. People don’t want to spend 20 minutes reading your biography, plus it gives you more to talk about when meeting them. Keep an open mind.

Am I looking for a serious relationship? No, but if it happened I would certainly be open to it. In reality, there is no perfect guide to how to succeed at this. The only real way to excel is to stumble into it, take your time and find your feet.

In conclusion, just like the birth of free love and the concept of sexual freedom in the 1960’s, internet dating is one of the most definable characteristics of the dating scene in todays society. With the advent of smartphones such as the ‘iPhone’, it is making it that much easier to meet someone in the busy and often overworked lives of todays singles.

Indeed, it could be said to be revolutionizing the whole concept of marriage and personal relationships between people, making the whole process of meeting a mate much simpler and, to a certain degree, much more impersonal than the last decade.

While I still highly advocate and enjoy meeting girls out on the town and in person, online dating (while sometimes a risk) is fun, easy and provides easier opportunities for meeting people that most social situations will.