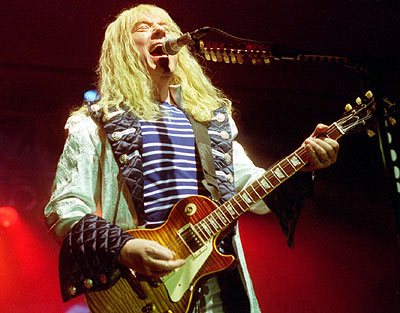 Spinal Tap star Michael McKean suffered multiple injuries including a broken leg when he was hit by a car walking to a theatre.

He was rushed to hospital in New York in a critical condition.

His actress wife Annette O’Toole was yesterday flying from Los Angeles to be at his side.

Michael, 64, had been on his way to star in Broadway play The Best Man. Two other people were also injured.

Last night his condition had improved and Michael, who played rock singer David St Hubbins in 1984 spoof This is Spinal Tap, was “stable”.

His publicist Harriet Sternberg said: “It’s pretty devastating. But hopefully he will be fine.