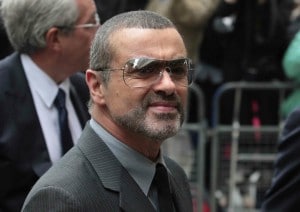 Do not stop at GOGO, it’s straight to jail for George Michael, and it doesn’t matter if he throws a double.

George wept yesterday as a judge told him he was a drug addict  – and jailed him for crashing his range rover into a shop. And it’s about time, too.

Most of us would have been dealt with a long time ago, and George can’t really complain. He was sentenced to eight weeks for driving after taking a ‘dangerous and unpredictable’ cocktail of cannabis and anti-anxiety prescription medication  –  but may be out of jail in a month.

That’s right, he’s probably only going to serve 4 weeks. And then it’s back to his life of doing…whatever George Michael does…hanging around mens toilets and sitting around all day taking drugs with not a care in the world.

Then he’ll get caught with drugs on him again, he’ll go to rehab and come out a hero. There’ll probably be a television series out of it.

If this happened to the average person in the street, they’d have lost their job and would have to start rebuilding their lives from scratch to make sure the same mistake doesn’t happen again.

Of course, not everyone is like this but if George can do 4 weeks in jail, I don’t think it’s actually going to change him in any way. I’ve no doubt he’ll come out and say that it was the most traumatic time of his life…which I’m sure it will be.

But I also think that he’ll enjoy it…because he won’t have to hang around outside men’s toilets on Hampstead Heath…if you get my drift.

The judge said that Michael was a ‘risk to a public’, and despite the resources at the singers command, it doesn’t appear that he took proper steps to deal with what’s clearly an addiction to cannabis.

Michael, who has blamed his downfall on his mother’s death from cancer in 1997, wept as he was led to the cells. His partner Kenny Goss also sobbed.

That must have been terrible for him, but we, the normal people, the non-stars have to deal with stuff like this as well, and we also go by the wayside at times.

He has had cautions for cannabis and crack cocaine possession and a previous conviction for driving while unfit through drugs.

This happened to a friend of mine and believe me when I say that their were no cautions, and he had no previous cautions or convictions and he got alot more than 4 weeks.

Michael initially said he had not crashed and gave his name only as ‘George’. Well done George…most of us usually give our names as John Smith or Ben Cousins.

He told police he decided to drive between his two London homes in Highgate and Hampstead and forgot he had taken the sedative.

Now you see George, that’s just going to piss people off. You’ve got 2 homes in expensive parts of London when most of us are struggling to pay off 1.

You’re a talented man, a wonderful singer and you do need help…you need to 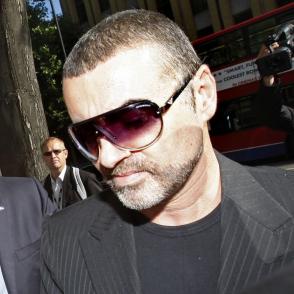 stop getting caught, mate. Most people I know do this shit all of the time seem to do a better job than you. And for goodness sake, get yourself a decent chauffeur to drive you about. There must be someone out there that you trust. You had no need to drive the car. Every time that you’ve been caught with drugs in a car I think to myself, is this bloke for real?

I know that you’re a high profile star and the press don’t ever leave you alone. It must be a pain in the arse which nobody else can even start to understand, when you’ve got a thousand cameras on you, or trying to get shots of you every time you step outside the front door.

The QC asked for him to be spared jail, explaining that the crash happened as Michael struggled to turn his life around after years hooked on prescription medication to deal with his anxiety, depression and insomnia.

But District Judge John Perkins told the singer: ‘Your record is of concern. It shows cautions for possession of cannabis twice in 2006, a conviction at Brent Magistrates in 2007 when you were disqualified from driving for two years for your first offence of driving whilst unfit, and again a caution for possession both of class A and class C drugs in September 2008.

Mukul Chawla QC, for Michael, told the court the singer felt ‘shame and horror’. ‘The prospect he could have put anyone else in danger is an appalling prospect to him.’ 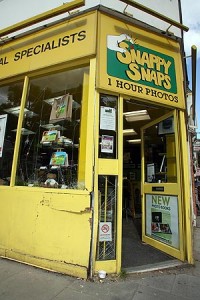 He sentenced him to eight weeks, banned him from driving for five years and ordered him to pay a £1,250 fine, which is like 50 cents for you or I.

But George did personally pay for repairs at the Snappy Snaps shop in Hampstead near his home, his lawyer said.

In a shock statement, he revealed how he secretly went on a 14-day detox programme the day after the July crash, which is an action, however commendable, that is NOT going to keep you out of jail, George. Come on, let’s face it, it’s the only reason you did the ’14 day detox program’, isn’t it?

It is believed the personal problems Michael was referring to stem from the deaths of his late boyfriend Anselmo Feleppa from an AIDS-related brain hemorrhage in 1993 and then his mother Lesley Angold Harrison, an English dancer who died from cancer in 1997.

Until this year, Michael had ignored all previous appeals from concerned friends such as Sir Elton John and Bono to quit smoking marjuana.

Pot, kettle, black…I hate stars that have come through ‘the drugs thing’ and then go around telling everyone else to quit because they have.

As for me, I’ll quite drinking when Julia Gillard admit that she is a robot. She talks..so..much..like..one…

Michael, who was being filmed during his greatest hits tour, said at the time: ‘It’s a great drug, but obviously it’s not very healthy. You can’t afford to smoke it if you’ve got anything to do. Anything at all would be foolish.’

However, he was at least believed to have cut down his habit from 25 marijuana joints a day a few years ago to eight a day now.

Well you’ve been caught…so you’ll just have to get on with it. And hey, you know more than most that ‘pain is good for your art’, so, with all of this going on, there may be a few great songs that come out of it.