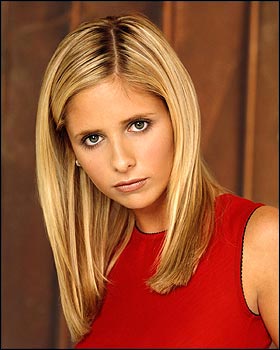 Facebook is working with HTC to develop a phone that has a much deeper integration with the social network than any previous “Facebook phone.” That’s according to a report from All Things D, which says the phone is probably 12 to 18 months away from hitting store shelves.

Codenamed “Buffy” after the vampire slayer of the same name, the phone will run a modified version of Google’s Android, but Facebook is reported to be tweaking the system “heavily.”

HTC is known for modifying Android on its phones with its HTC Sense interface, and both Amazon and Barnes & Noble have created tablets with highly customized versions of the Android, so it’s possible that Facebook is adopting a similar strategy.

Part of the package would be serving up Facebook apps via HTML5 support. This would allow users to play games like Farmville and Poker directly from the Facebook app. While most developers offer their apps as separate downloads from Facebook, that prevents them from tapping into active Facebook users, while cutting Facebook off from potential revenues. Buffy would presumably bridge the gap.

Buffy will be far from the first Facebook phone. Earlier this year INQ Mobile released two phones, the Cloud Touch and Cloud Q that put the service front and center. Then HTC took it a step further with the Status, which came to the U.S. on AT&T this summer and featured a prominent dedicated Facebook button. Finally, Facebook released an app designed specifically for the iPad in October.

Apple, however, hasn’t played as nice with Facebook as the service might have liked, however. When Apple unveiled iOS 5, the latest major update to the software on iPhones and iPads, it featured deeper integration with Twitter — letting users share photos directly from the phone’s camera app, for example. An option for sharing to Facebook was noticeably absent.

Both HTC and Facebook told Mashable that they don’t comment on rumor and speculation, though the Facebook spokesperson added, “Our mobile strategy is simple: we think every mobile device is better if it is deeply social. We’re working across the entire mobile industry; with operators, hardware manufacturers, OS providers, and application developers to bring powerful social experiences to more people around the world.”

The collaborative picture Facebook paints is a far cry from the ultra-competitive war among mobile platforms with Google, Apple, Facebook, and others vying for consumers’ hearts and minds. Perhaps the most telling aspect of the rumored phone is the codename. With a name like Buffy, the Facebook phone’s mission is clear: slay all comers.