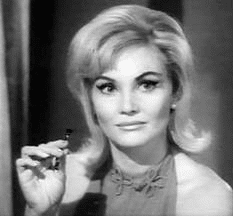 Oscar-nominated Australian actress Diane Cilento, who was once married to Sean Connery, has died aged 78.

The star, who passed away at the Cairns Base Hospital, close by her Queensland home, rose to fame in the early 1960s opposite stars such as Charlton Heston.

She was nominated for a supporting actress Oscar for her role as Molly in the 1963 movie Tom Jones.

Close friend and playwright Michael Gow paid tribute to the star, calling her “a performer to the end”.

“She kept us all hugely entertained until the day before yesterday, when she just couldn’t manage anymore and we took her to hospital.”

No cause of death was given.

Cilento married Connery in 1962, and divorced in 1973. The couple’s only son, Jason Connery, went on to star in BBC series Robin of Sherwood in the mid-1980s.

A versatile performer of stage and screen, Cilento’s leading men included Charlton Heston in the 1965 classic The Agony and the Ecstasy and Paul Newman in the 1967 western film Hombre.

She was nominated for a Tony Award playing Helen of Troy in the 1956 Broadway production of Tiger at the Gates.

Cilento married playwright Anthony Shaffer, who wrote Sleuth and The Wicker Man, in 1985. She subsequently played Miss Rose in the 1973 film adaptation of The Wicker Man.

However, she largely dropped out of screen work in the 1980s, following her decision to set up the Karnak Playhouse open-air theatre in northern Queensland, where she settled with Shaffer.

John Kotzas from the Queensland Performing Arts Centre said she “achieved all sorts of artistic heights”.

Cilento was awarded a Queensland Greats Award in 2001 in recognition of her status as a National Treasure. Her autobiography, My Nine Lives, was published in 2006.

“While she was originally known as a glamorous international film star, her work in later years in the far north showed her commitment to the arts,” said Queensland state Premier Anna Bligh, in a statement.

“I know that Ms. Cilento will be sorely missed by many in the industry.”