Employee in the shit for farting 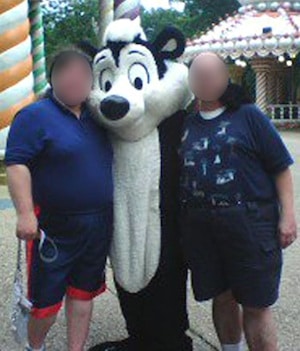 After several employees lodged complaints, a man who works for the Social Security Administration (SSA) in America, was accused of “conduct unbecoming a federal officer,” and was told his “uncontrollable flatulence” had created an “intolerable” and “hostile” work environment for his co-workers.

The letter sent to the man contained a log listing 17 separate dates and 60 specific times during which the employee passed gas. The man’s September 19 output included nine instances of flatulence, beginning at 9.45am and concluding at 4.30pm.

One report says, “the man was also accused of launching a trio of attacks on September 11.”

The letter of reprimand details how the man was first spoken to about his flatulence during a May 18 “performance discussion” with his supervisor.

He was informed that fellow employees had complained about him, and that it was “the reason none of them were willing to assist you with your work.”  The supervisor referred the employee to a SSA unit for “assistance with what could have been a medical problem that was affecting everyone in the module.”

Two months later, on July 17, a second SSA manager spoke with the man “in regards of your releasing of bodily gas in the module during work hours.”

The man was asked if he could “make it to the restroom before releasing the awful and unpleasant odour.” The manager also referred to a previous conversation during which the man had suggested he would “turn your fan on when it happens”, to which the manager had responded: “turning on the fan would cause the smell to spread and worsen the air quality in the module.”

The employee, 38, who works as a claims authoriser at a centre which handles disability cases, at one point said he suffered from lactose intolerance and provided evidence he suffered from “some medical conditions” that meant at times he was unable to work full days.

But a manager noted in the letter that “nothing that you have submitted has indicated that you would have uncontrollable flatulence. It is my belief that you can control this condition.”