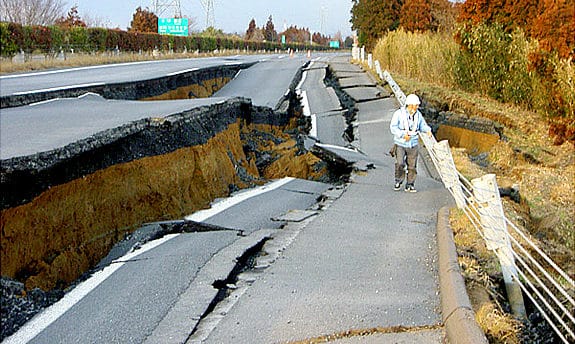 There were no immediate reports of injuries or damage, according to the Japanese news agency Kyodo.

The U.S. Geological Survey said the earthquake struck at 10:57 a.m. at the epicenter, about 130 miles east of Sendai.

The earthquake was more than 20 miles deep and had a magnitude of 7.0, the USGS said.

The JMA measured the magnitude of the quake at 7.1.

Tsunami advisories were issued for the coastal regions of Iwate, Miyagi and Fukushima, the JMA said.

The areas were among the hardest hit by this year’s devastating earthquake and tsunami.

Officials in Ofunato, a city in Iwate, advised residents to evacuate.

The JMA forecast the height of the tsunami could reach half a metre.

No immediate abnormalities were reported at nearby nuclear facilities, according to Kyodo.

Three reactors at the Fukushima Daiichi nuclear power plant suffered meltdowns after the March 11 earthquake and tsunami that devastated northern Japan. The tsunami swamped the plant and knocked out cooling systems that kept the three operating reactors from overheating, leading to the worst nuclear accident since Chernobyl.

Tremors from Sunday’s quake were felt as far away as Tokyo.

“It’s just a continuing of the aftershocks of that devastating 9.0,” said Dale Grant, a geophysicist with the USGS, referring to the March quake. “These kinds of aftershocks are likely to occur for some time.”