Could it happen here…in our country?

The UK is in meltdown with rioters and looters turning a civilised country into a hellhole.

The rest of the world is watching on television as yobs destroy the reputation its taken years to achieve. Good sportsmanship, play up and play the game , the stiff upper lip. It’s all been seen by people from south of Dover as a great con. The UK is ruled by thugs and thieves.

‘The politicians are to blame’, ‘Its the parents fault ‘, ‘Poverty and hard times’, ‘Cutbacks’, ‘Food prices’, ‘Increased electricity and gas charges’.

We have all been given excuses for why these dreadful riots happened. All of them are bullshit.

The real reasons why these thieves and robbers get away  with rioting, looting and murder, is because the country has forgotten how to behave.

COULD it happen here ?  The answer is yes if we too forget to maintain the real fabric of our society.

Mateship, trusting your neighbours, helping your friends. A religious belief in the charity and goodness inbuilt into the Australian way of life.

Yes, we could become another terror torn country ruled by thugs…but not while we hold onto our Christian way of life. We accept peoples from all countries and creeds and we live in peace with all our neighbours. But if we allow prejudices to colour our treatment of others…the result will be the same as the UK.  Using the law to crackdown on criminals and setting prison sentences  is the wrong way to address the problem. Our way of life does not allow anyone to firebomb our homes and rob our shops and murder our citizens. 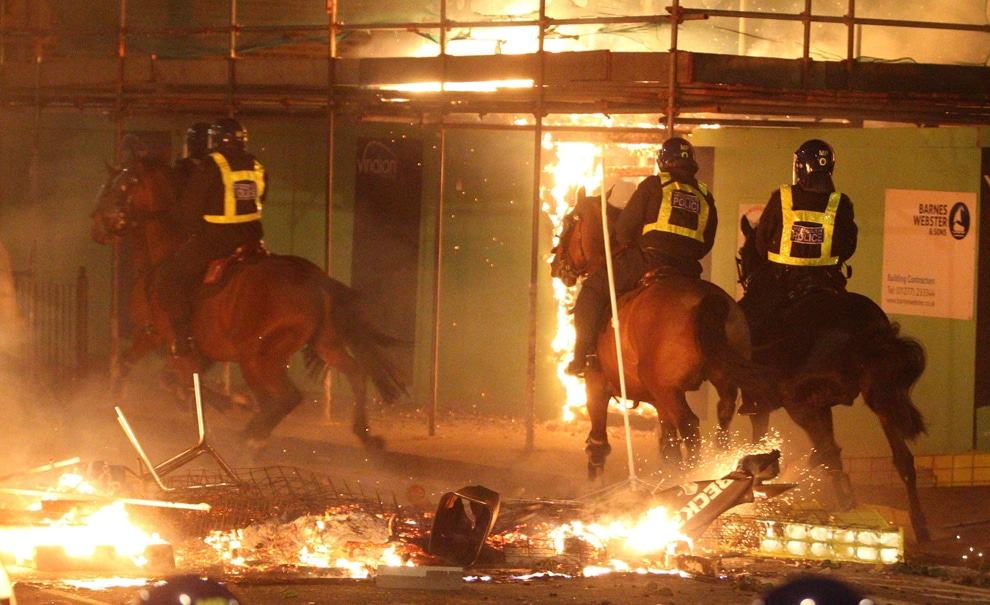 We are the people…we set the standards of living in Australia…if the time ever came when our cities are given over to thugs and yobs, don’t  make excuses…it will  be our fault.

WE OWN THE STREETS…we bring our children up to obey the laws of the land. In the UK it is the people who must take back  their cities, not politicians not judges or policemen. Why  should  two or three

hundred thugs in London hold eight million people in fear. Stand up and deal with these children and youths who have  over stepped the rights of the population.