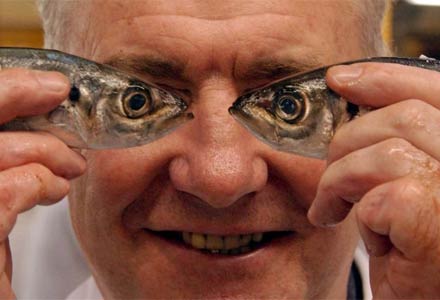 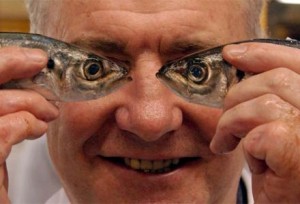 Fish master Rick Stein’s influence on the Cornish port of Padstow has earned it the nickname of Padstein.

But a new, more personal, renaming attempt is less than complimentary. Pranksters have put a ‘P’ in front of ‘Rick’, on a sign at his Bannisters eaterie at Mollymook Beach, New South Wales.

You can’t blames us Ozzies for having a go at Prick…I mean Rick. You can tell Rick Stein is a monster by looking at his eyes.  Whenever he stops talking there is a kind of barely concealed anger that begins to creep its way in to his blank face.  An anger and a sadness.  He’s constantly on the verge of being short with people.  Telling them what’s what, setting the world to rights. Of course he is also famous for getting demonstratively angry at the standards of British cooking over and over and over again.

Episode after episode. Lionising “authentic peasant food” and belittling the lack of “flair and imagination”.  All we need is “authentic ingredients, simply cooked”.

Well, I’ve got news for Stein and every other patronising cook that consider themselves to be a gastronomic ethnographer and a arbiter of cooking and taste.

It functions as a symbol of good taste only because people like you set apart the “good” and “bad”, the “quality” and the “trash” with meaningless ad hoc associations.  “Hilariously” Prawn cocktail and Black Forest Gateaux were the height of middle class taste in 1977, but we know better now.  Those foodstuffs were eaten by people who didn’t understand food the way we do in the sophisticated 21st century. 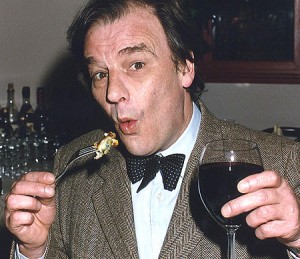 Keith Floyd had the right idea. Show people a place, show them how to cook a food item, tell them it’s easy to do and to enjoy it, eating the food with some delicious wine. End of story.

He was informative and entertaining at the same time. The cooking didn’t always turn out right…but it didn’t matter, because he wasn’t this pretentious ‘TV cook’ that you see everywhere on television today.

Bill Granger from ‘Bills Food’ has the whitest teeth I’ve ever seen. Whiter even than George Michael and Richard Hammond’s put together. I’m sorry, but I just can’t trust a cook that is so synthetic and cheesy and creepy…he is…he’s creepy.

I just want to know when Bill is coming out of the closet…there’s no way somebody can be that camp for the television and not actually be gay…it’s just impossible. We don’t mind what or who you are Bill, but we just want a real person on television without the bollocks that is fed to us through our aerials.

I think your cheesy grin is like a permanent fixture. Where you in an 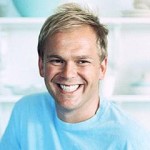 And as for that other cunt…Gordon Ramsay. I know you’re passionate and you have to run a kitchen which I know is a stressful place to be, but not everyone is going to respond to you by shouting at them.

And it is now common knowledge that some of your restaurants are doing badly…more than badly. You’ve even gotten financial help from Peter Jones, one of Britain’s most successful businessmen from the program ‘Dragons Den’.

It’s funny, when Keith Floyd died, a film clip was shown of him being asked about modern TV chefs…and about you in particular. And Floyd said, “I think he’s a cunt”…I rest my case. I think you are, your depleting customers/clients are starting to think you are, and the great Keith Floyd thinks you are.

What’s not good is lecturing people on what they should be eating, constantly harking back to a non existent peasant food culture and obsessing about what the average family cooks for their tea.

Chicken nuggets exist and people really really like eating them, it may make you feel slightly queasy, but do you know what? Hard shit.