Aussie DJ’s prank gets them in trouble 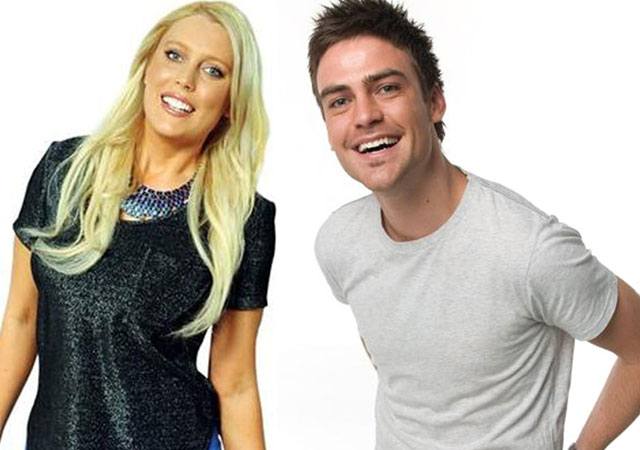 Prince William and Kate were “shocked and saddened” last night after the hospital nurse fooled by a hoaxer posing as the Queen committed suicide.

Jacintha Saldanha, 46, was found dead two days after the stunt by an Aussie DJ.

Tributes were paid last night to tragic mum-of-two Jacintha, who apparently killed herself after she became tormented by her mistake in putting the call through to pregnant Kate’s ward.

Two giggling DJ’s phoned King Edward VII Hospital’s switchboard at 5.30am pretending to be the Queen and Prince Charles.

Despite sounding more like pantomime dames than members of the Royal Family, and with colleagues barking like corgis in the background, presenters Mel Greig and Michael Christian were put through to a nurse’s station on the ward where the Duchess is recovering from acute morning sickness.

In an astonishing breach of royal security, an unsuspecting nurse told the pair that the Duchess was having an ‘uneventful’ night and went on to make a number of deeply personal observations about her health.

Yesterday the horrified hospital boss John Lofthouse confirmed his staff had passed on information about Kate, saying: ‘This was a foolish prank call that we all deplore.’

‘This was a foolish prank call that we all deplore. We take patient confidentiality extremely seriously and we are now reviewing our telephone protocols’.

‘This call was transferred through to a ward and a short conversation was held with one of the nursing staff. King Edward VII’s Hospital deeply regrets this incident.’

St James’s Palace has refused to comment and will not be making any formal complaint to the radio station, 2Day, which is based in Sydney.

But tit’s been discovered that William and Kate’s private staff are furious and have expressed ‘deep concern’ that the Duchess’s privacy could be compromised in this way.

What worries them most, apparently, is just how easy it was for the  DJs to get away with their prank.

‘The Royal Family have been clients of the King Edward VII Hospital for many, many years and it simply beggars belief that a member of the public could call up and obtain details of the Duchess’s medical condition in this way.

The broadcaster was handed the first reprimand in 2009 after a 14-year-old girl was attached to a lie detector and pushed into revealing live on air that she had been raped.

The reluctant teenager had been brought on to The Kyle and Jackie O Show by her mother who told the presenters she was worried about her daughter’s use of drugs and partying.

The mother asked her daughter: ‘Have you ever had sex?’

To which, she replied: ‘I’ve already told you the story about this…and don’t look at me and smile because it’s not funny’.

Mr Sandilands then incurred the second licence condition after he called a female journalist a ‘fat slag’ live on air.

The journalist for New Limited made the complaint to the ACMA after she was verbally assaulted by Breakfast DJ Kyle Sandilands after she dared to criticise his work.

He was reported as saying: ‘What a fat bitter thing you are, you deputy editor of an online thing.

You’ve got a nothing job anyway. You’re a piece of s**t,’ he said.‘You’re a bulls**t artist, girl. That’s what you are. You should be fired from your job.’

The station was handed another five-year condition preventing it from broadcasting indecent content that demeans women or girls.

But the wording was toned down to only include content that offends ‘generally accepted standards of decency’ after appeal by Southern Cross Austereo.

‘Where on earth were the checks and balances? The hospital will be livid at what has happened and I am sure the palace will be demanding answers. There will be fireworks over this, for sure.’

MailOnline can also reveal that the same radio station was reprimanded in in 2009 after a girl aged 14 was attached to a lie detector and pushed into revealing live on air that she had been raped.

It is the second time since marrying Prince William that Kate has suffered a breach of privacy, following the publication of photographs of her sunbathing topless in France in September.

In the outrageous stunt in the early hours of yesterday, 2Day FM DJs Mel Greig and Michael Christian joked about impersonating the Queen and Prince Charles before calling the hospital number.

They were then transferred to the correct ward and found themselves talking to one of Kate’s nursing staff.

The woman told them that the Duchess was about to be ‘freshened up’, saying: ‘She’s sleeping at the moment and she has had an uneventful night. She’s been given some fluids, she’s stable at the moment.’

The radio presenters were told by the nurse that they could visit the Duchess after 9am.

She told the hoax Queen and Charles: ‘I would suggest that any time after nine o’clock will be suitable to visit. We’ll be getting her freshened up.’

A radio station spokesman later apologised for the ‘inconvenience’ caused by the call.

He said yesterday: ‘2Day FM sincerely apologises for any inconvenience caused by the enquiry to Kate’s hospital. The radio segment was done with the best intentions and we wish Kate and her family all the best.’

The station is owned by Southern Cross Austereo, an Australian media group formed in a merger last year that has a collection of TV and radio brands, and claims to be able to connect with 95 per cent of Australians every week.

The prank call was pre-recorded and vetted by lawyers before being broadcast in Sydney.

The radio duo said in a statement yesterday: ‘We were very surprised that our call was put through.

‘We thought we’d be hung up on as soon as they heard our terrible accents.

‘We’re very sorry if we’ve caused any issues and we’re glad to hear that Kate is doing well.’

People took to Twitter to voice their disbelief and disgust.

Emma Rossi, a spokesman for the Australian Communications and Media Authority, which regulates broadcasters said, ‘We are not aware of having received a complaint, but privacy is an issue that we take seriously.’

She said the normal procedure would be for someone to make a complaint to the broadcaster first. If the complainant wasn’t happy with the response, then the ACMA would launch its own probe.

However, sources in Australia say the prank call to the Duchess’s hospital could be deemed serious enough to trigger an immediate probe by ACMA, known as a section 180.

The Care Quality Commission, which monitors whether hospitals are meeting national standards, said it has been informed of the incident.