Why hate the Manic Street Preachers? 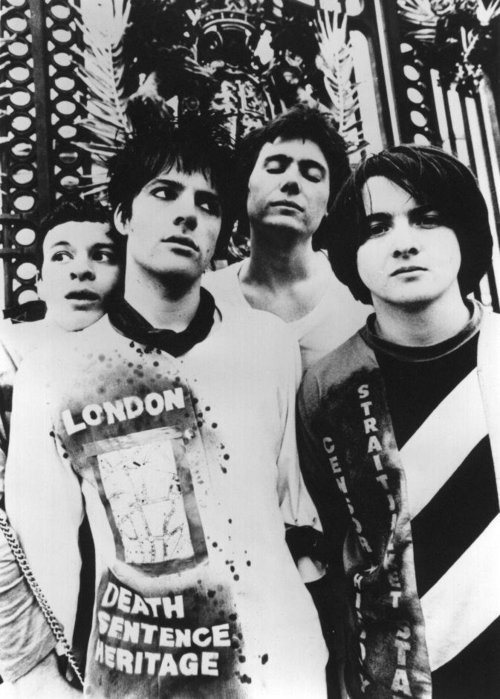 Gentlemen, gentlemen, I don’t have any truck with tripe stadium rockers, especially the Who and, to me, their dreadful, unspeakable crimes against music and fashion in the 1970’s when stadium rock ruled music. 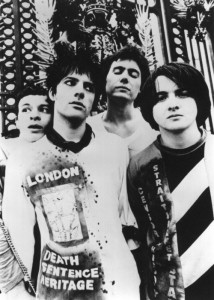 But I can’t agree that the Manic Street Preachers are awful, save that for bands like Oasis.

I saw the Manics loads of times from when they were playing pubs in Camden in North London, up to their last gig with Richie at The Astoria. That was a great gig – all of the fast, punky songs, noisy, clanging guitars then amps, drums, the lot…smashed to fuck at the end.

An awful band couldn’t have written Motorcycle Emptiness, Roses in the Hospital, From Despair to Where or made a fine LP like the “The Holy Bible” – I hate their other LPs myself.

After that, well, they did become a poxy stadium rock band but before they lost it they wrote A Design for Life – what a beautiful song and those words, “Libraries gave us power, then work came and set us free”, “We don’t talk about love, we only want to get drunk”…what group writes better lyrics than that then?

What’s wrong with trying to sound like The Clash anyway? I’m not going to write off the Manics or anyone else for loving The Clash, one of the best bands ever, the only band in the world ever that was able to pull off playing Punk, Rock, Reggae, Soul, R&B, Rockabilly Dub, Jazz, Disco and Funk. PIL and Primal Scream, yes they are up there too, but certainly no American band could ever do what the Clash achieved – stadium rock, lover’s rock there ya go!

James Dean Bradfield, Nicky and Sean – good on yer for not selling out and for never being ashamed of reading books!