Madonna’s brother lives under a bridge 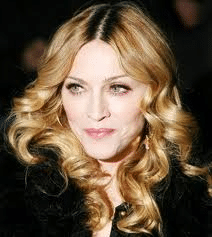 Homeless Anthony Ciccone sleeps under a road bridge and relies on soup kitchen handouts after losing his job working for dad Tony, 80, at his vineyard last year.

But Anthony, sporting an overgrown white beard, says he will never use his connection to 53-year-old Madonna — worth £400million (AUD $610million) — to get him out of the mess.

He insisted: “I’m not looking to get a free handout because of my sister.”

The 55-year-old, who has been homeless in Michigan, US, for 18 months, told reporters: “I’m not looking for any publicity.

“If you’re here to get me to tell stories about my sister, that’s not who I am.”

He added: “You think I haven’t answered this kind of question a bazillion times?

“Why my sister is a multibazillionaire, and I’m homeless on the street?

“My family turned their back on me when I was having a hard time. This could happen to anybody.”

He also revealed how tough living outside can be, and his fear of frostbite. He went on: “You have no idea how gruesome it is.

“You get nerve damage — lose parts of your body. A friend of mine lost all ten toes. Several have died.”

One, Christopher Ciccone, 50, has already written an unauthorised tell-all book called “Life with My Sister Madonna”.