Is Fart-Rap die antwoord (the answer)? 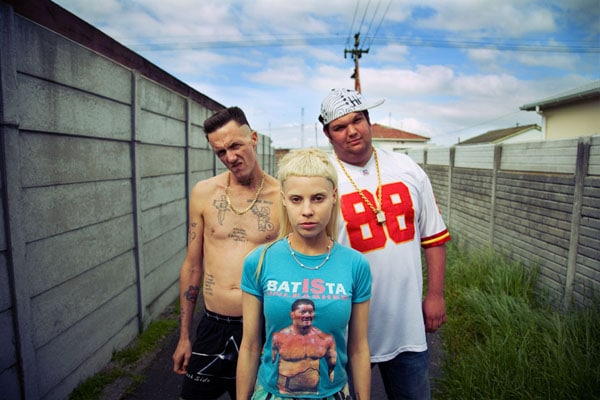 HIS tattoos range from male genitalia on his arm to a giant centipede crawling up his shin.

What’s more, MC NINJA – frontman of new South African rave-rap act DIE ANTWOORD (Afrikaans for The Answer) – ensures his collection of body art is visible at all times, thanks to his shorts-only clothing policy. 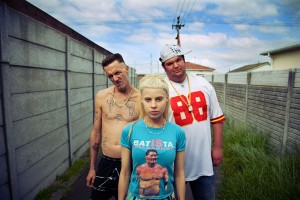 Ninja credits Hi-Tek – who “owns a PC computer” – with pioneering their unique ‘Zef Rap-Rave’ sound, while the MC himself is responsible for the cutting lyrics about life in the ghetto.

Words like “open your mind as quick as a fart” give you an idea of the gritty turmoil inside his tortured mind.

Ninja and Yo-Landi demonstrate an aptitude for dancing in their YouTube videos, with the MC unveiling a fondness for wiggling his package around during close-up scenes.

Hi-Tek, carrying a little more weight than his colleagues, sits motionless throughout, save for a slight rhythmic nod of the head.

First, catch them in action when they fly out from South Africa to play the LED Dance Festival in London.

Can’t wait for them to play in front of Ozzies.