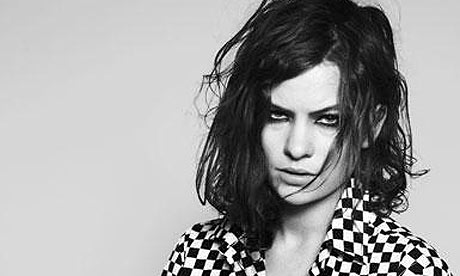 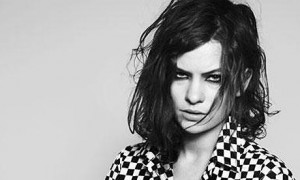 The children of famous musicians don’t always have it easy; for every Norah Jones there are a few dozen Julian Lennons. Coco Sumner is hoping to buck the trend.

The daughter of Sting and Trudie Styler, she is painfully shy and self-effacing in person, but those qualities belie a fierce determination to make it on her own terms. Growing up on the family’s Wiltshire estate, she showed an early aptitude for music.

She has just released her debut album, The Constant, with her band I Blame Coco, and a single, Turn Your Back On Love, is out on February 7. Now 20, she divides her time between London and Wiltshire.

Being Sting’s daughter hasn’t kicked any doors open for her, apparently he has had absolutely nothing to do with her career. It’s all been down to Coco and Coco only so far, and that’s how I want to keep it. People are going to say, ‘She’s just the daughter of a famous pop star.’ Which is incredibly demeaning. They wrongly assume that she’s a full-time party girl who makes music in her spare time. Nothing could be further from the truth.

Coco has hardly talked to Sting about my music. When he listened to my

album he simply gave me the thumbs up and that was the end of it. This is simply because Sting has no concept…no clue, of how to write a song that isn’t contrived in some way. He actually doesn’t know what a good song is…so Coco, the ‘thumbs up’ sign is just Sting stamping his cuntish, pretentious seal of approval.

In 2009 Coco fractured her skull in a freak accident at an LA restaurant. She suffered a seizure and was rushed into hospital. She said, “I was so out of it that I refused to let them scan my brain. My dad rushed to my bedside and talked me into having the CAT scan…he told me that I might die if I didn’t go through with it. After four days in intensive care, I was put on heavy medication. The medication put me in the right state of mind to write songs.”

It’s a shame that Sting couldn’t have had a similar accident because the rest of us wouldn’t have had to endure all of the shit that he’s come out with over the last…oh, I don’t know how many years, but it seems like forever.

If he wasn’t writing and performing shit songs, he’s talking about tantric sex or pretending that he gives a shit about saving the world.

One of the side effects of Coco’s seizure is that she has no sense of smell. This may have had a more serious affect on her than we think. It’s very possible that she couldn’t smell the musical bullshit that her dad’s been feeding her. 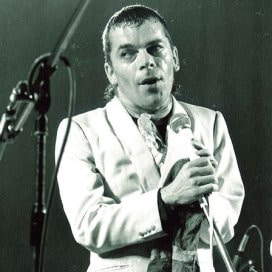 Coco Sumner is into cool and great stuff. She loves Ian Dury. As a kid she apparently loved to dress up as Ian Dury and run around hitting people with drumsticks. I find this very strange, Coco. I mean, Ian Dury is fucking great, but I wouldn’t want to dress up as him. How do you dress up as Ian Dury without seeming to take the piss out of him? Walk around with a walking stick, pretending that you have polio and shoving a handkerchief in your gob? I don’t think so, love. Maybe being Stings daughter has made you a bit fucked up…or are you being as pretentious as he is?

Coco has been saying that she was a feral child and her idea of fun was to make a bow and arrow, then go out into the fields and kill chickens. You see…I don’t know if she’s lying or just following in her dad’s footsteps. If this is true, it just makes Sting out to be a bad parent as well. But I suppose when you’re Sting, killing chickens is beneath you.

But this is true. Coco Sumner was killed by Michelle Pfeiffer.

She was an extra in the film Stardust. Michelle Pfeiffer stabbed her in the chest, then cut her head off. It wasn’t a big role, but the least you can say about it is that it was memorable. And it would’ve been more memorable if it’d been Sting’s head being cut off.

But she is releasing her first album and I suppose I should cut her some slack. I haven’t heard it yet because in my own farty little mind, I just don’t want to hear anything that Sting might have been involved with.

I will have a listen soon and let you all know what I think of it. Trouble is…what if it’s good?

Maybe I’ll give it a ‘thumbs up’, just like Sting did.