Aretha Franklin cancels all her concerts 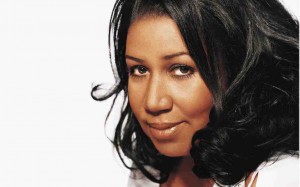 Soul Queen Aretha Franklin has cancelled all her concerts until May 2011 on doctors orders.

The singer, who is now 68, has recently been in hospital with an illness. Although it isn’t known what sort of illness it is, she still reckons that she’ll complete her concerts next year.

She has put some weight on over the years but I hope she gets better so people can see the great Soul Queen.

She has the most amazing and distinct voice…especially in a genre where there are many great singers.

I first saw her when I was watching the Blues Brothers, a wicked film about two men (John Belushi and Dan Ackroyd) who are on a ‘Mission from God’ to raise money to keep an orphanage from closing down. Anyway, they get the band together and are on the chase from the cops, but they manage to raise the money.

It’s a brilliant movie, and I when I went to see it at the cinema on a re-release with my mates. Every time there was a song, people were up dancing in the isles…at the cinema. But all the dancing started only when Aretha sang her song, “Think”. Unbelievable to think that dancing went on in a cinema. Nowadays there wouldn’t be enough people to do a decent “Okie Cokie”.

Aretha is one of the most honored artists by the Grammy Awards, with 18 competitive Grammys to date, and two honorary Grammys. She has scored a total of 20 No. 1 singles on the Billboard R&B Singles Chart.

In 1987, Franklin became the first female artist to be inducted into the Rock and Roll Hall of Fame. Also, Aretha Franklin was the only featured singer at the 2009 presidential inauguration for Barack Obama.