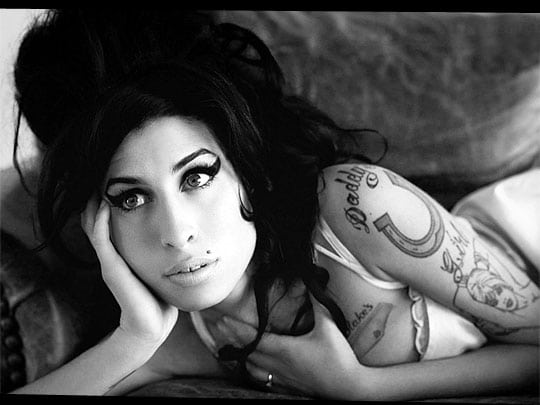 Amy Winehouse left a trove of unreleased music, but no decision has been made about whether it will be released, people close to the singer say.

The soul diva, who had struggled with drug and alcohol addiction, was found dead of unknown causes at her London home on Saturday. She was 27.

Spokesman Chris Goodman said Thursday that Winehouse left behind “plenty” of material, but there have been no discussions yet about releasing anything. It’s not clear how finished the tracks are. Winehouse released only two albums in her lifetime, but had been in the studio sporadically over the past few years. In July 2010 she said a new album would appear within six months, but it was never finished.

An unnamed spokesman revealed that record label Universal had said Winehouse ‘close to’ finishing her album and had left the “framework” of about a dozen songs.

Producer Salaam Remi, who worked on both Winehouse albums – Frank and Back to Black -and was involved with her new material, told DJ Kim Kane of New York’s Power 105.1 radio station that there were not large amounts of finished material, and Winehouse’s estate had yet to approve the release of anything. 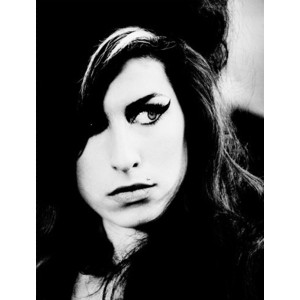 ‘We had a lot of things going, there are recordings, but first things first, I think,’ he said. ‘We’re trying to focus on what’s at hand and what her family wants to do.’

There would certainly be an appetite for new material. Two days after her funeral, dozens of mourners continued to gather outside her home in north London, leaving flowers and taking photos.

Sales of Winehouse’s music have soared since her death. In the U.S., digital sales of her tracks have risen by 2,000 percent in the past week, according to Nielsen Soundscan, and Back to Black is set to re-enter the Billboard album chart at No. 9.

Britain’s Official Charts Company said it looks like Winehouse will have seven songs in this week’s Top 40, which is announced Sunday.

Posthumous releases can help cement an artist’s legacy – or, if mishandled, do the opposite.

‘The record company is there to tend the musical legacy,’ he said. ‘If they put out something that is obviously substandard, it will negate that legacy.’

Using Jeff Buckley as an example, who drowned in 1997 having released just one album, the highly praised Grace. Since he died there’s been an awful lot of stuff out. ‘I don’t think it’s particularly enhanced his standing. It was the same with Jimi Hendrix – once he died, he really started releasing records. It’s such a dangerous area to start finishing unfinished music.

One track that should see the light of day is a version of pop standard Body and Soul that Winehouse recorded in March with Tony Bennett for a forthcoming duets album.