Women are bored because of their dull lives 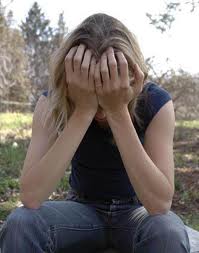 A recent survey reveals that women are stuck in a rut because their lives are too ordinary.

Six in ten disenchanted women in Britain say a lack of money, boredom with the same routine and appearance and a general humdrum has made their lives deathly dull.

And without spending a load more money on research, I can tell you exactly why this is. It’s because they live in Britain. Everybody knows that the best place in the world to live is in Australia.

Of the 4,000 women polled, 28 per cent said they felt more ‘ordinary’ than they did five years ago.

The report reveals how a ‘malaise’ is affecting the way women look, feel and style themselves and their surroundings.

To make it worse, four in ten women are dreading a winter of discontent as they say the cold season is when they feel most average.

Of course women are dreading the cold season…come over to Australia and meet some Ozzie men who’ll warm you up in no time.

Women also feel that they are looking more like their mothers. But that doesn’t matter because we in Australia don’t discriminate on how you look, especially when we’ve got a few stubbies down us.

The report, entitled Very Ordinary Britain, quizzed women aged 18 to 65 on how happy they were with different aspects of their life.

A lack of time, energy and a fear of speaking up and rocking the boat means that one woman in three are sticking with the status quo.

Most claim they are happy in their current relationships, but one in ten felt like they could do with ditching their current partner and having a change.

A fifth said they were bored of their sex life, while 48 per cent said they would be happier with life if they had more decent clothes to wear, and more than half said that they needed a new wardrobe or make-over

A disenchanted four in ten said they would do things differently if they had their life again and a quarter said they would be happier if they were more spontaneous, with half wishing they could book the next flight at an airport.

Well, get on a plane and come to Oz!

But seriously, you women are never happy. In the report it mentions that over half of the women in the survey could do with a new wardrobe and make-over, and I bet you that 90% have probably got more clothes than Myers.