What type of couple are you? 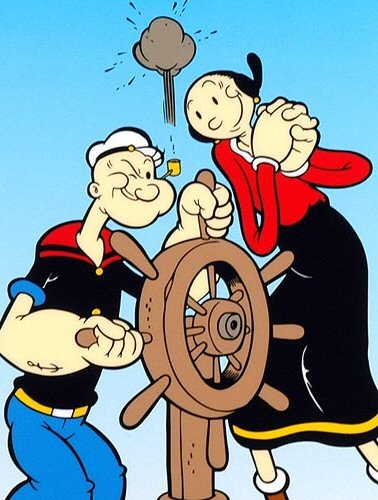 Do you find yourself taking on a certain role in every relationship you are in? Perhaps you love being with men whom you can mother, chiding 0them to eat their veg and dress warmly? Or are you the fiery type who is drawn to romances filled with blazing rows…and steamy reconciliations?

The truth is most of us take on set roles in our relationships whether we realise it or not. Although we like to think that every relationship is unique, in fact experts have identified six different ‘couple types’ that we all fall into.

Whether you and your partner are the ‘Cat and Dog’ type, who love nothing better than a good row, or are one of the solid ‘Grown Ups’, whose relationship is sensible and drama free, psychologists say identifying the type of couple type we are…or would like to be…holds the key to a happy relationship and being able to understand our own needs and those of our partner.

The kind of couple we find ourselves in is largely influenced by what we’ve experienced growing up. Relationship counselor Val Sampson explains, ‘So often when we’re in a new relationship, we think of it as a fresh page, and we tell ourselves: “I’m going to do it my way.”

‘But, of course, when we’re children, we absorb information like sponges…we can’t help but take on board how our parents behaved and what went on in our own family.’

Often, we recreate the roles of our mothers and fathers. So if you grew up seeing your father worship your mother, you might expect the same from your relationships.

Or if your parents had a solid partnership based on mutual love and respect and communication, you will seek the same type of relationship as an adult.

Understanding the influences that shape our couple type might also help us to break the negative cycles we get trapped in.

So what couple type are you? And what does it mean for your relationship?

Cat And Dog – As the name suggests, this couple fight constantly, in private and in public.

‘They can be screaming at each other in front of you and you say: “Why don’t you split up?” And they turn in unison and ask you: “Are you mad?” ’ says psychotherapist Avi Shmueli.

This kind of couple may be attracted to one another because they enjoy the cycle of fight and make up (often accompanied by passionate sex).

‘But if one partner has an affair or does something to disrupt the trust, this becomes the relationship from hell,’ says relationship psychologist Susan Quilliam. ‘The fights are fuelled by insecurity and a break-up is liable to be messy.’

The Thrill Of The Chase – This is also known as the pursuer/distancer couple, in which one partner is in pursuit of the other, trying to secure their attention and affection.

‘One pretends they don’t want to know and the other enjoys the thrill of the chase,’ says Susan Quilliam. 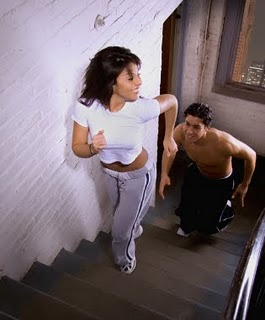 ‘Often, couples take it in turns to play the pursuer or distancer. Whenever one senses the other is losing interest, they will switch.

‘What drives this couple is a fear of being seen as needy.’

Yet while life appears exciting, they can develop a dependency on one another.

Parent And Child – ‘I’ve three children … including the one I’m married to!’ a parent might joke.

They feel responsible for nurturing their partner, who they regard as less capable. ‘You might hear them saying to their partner: “We’re going out in a minute. Have you got your coat?” ’ says Val Sampson.

This type of pattern often develops after a couple have children. But it may also occur when one partner becomes vulnerable…for instance, after they are ill or lose their job…or it may be the dynamic a couple start out with.

‘The parent partner is attracted because they feel that in caring for this person, they have found a purpose in life,’ says Susan Quilliam.

‘The child partner may lack self-esteem or be a supreme coper who wants a break — for instance, the chief executive who marries a homemaker.’

Idol And Fan – ‘Everything is black and white for this couple,’ says Quilliam. ‘One person is all good, everything about them is wonderful and the other person worships them.’

It may be that, in reality, both are successful, but one adopts the role of worshipper to boost the other’s self-esteem. In some cases, the idol may collude in telling the fan they are inferior and will never find anyone else to love them. 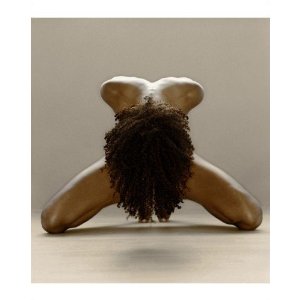 This kind of relationship can be short-lived because there’s no room for either to develop.

‘It’s more likely that the Idol will have a series of short-lived relationships with different fans,’ says Quilliam. ‘They’ll adopt the stance: “You don’t appreciate me, so I’m off to find someone who does.” ’

Babes In The Wood – This couple seem to share everything…from opinions to hobbies to clothes.

‘These are two individuals who recognise great similarities in each other and are reassured by that,’ says Susan Quilliam.

‘It’s a pattern typically found in new relationships or where the partners may feel insecure. Perhaps they’ve been hurt in the past, so security appeals.’

Babes In The Wood are often described as the best of friends, with a strong, united front.

However, they can be so focused on each other that it’s difficult for anyone else to penetrate their world, including friends and, in some cases, their children. The sex life of this couple may suffer, too.

‘But while other couples need the reassurance sex can give, this couple already enjoy a lot of security.’

The Grown Ups – This is a functional relationship between two mature people at ease with their differences and with little interest in conflict.

‘They are sensible and accommodating,’ says Susan Quilliam. It might sound ideal…but beware.

‘This is not a relationship of peak emotions. This couple might not be spontaneous and there won’t be challenges,’ adds Quilliam.

‘These two will never have to face their dark side and so their relationship may lack a little fire.’