Kids today are fat fucks and need to be punished

Children in care might not be ideal, but it is better than an institution, which would serve only to make a child feel punished.

Already we know that the number of obese adults has tripled since 1980, we know that obesity causes 13,000 cancers a year, and we know of its effects in terms of heart disease, stroke, diabetes, worn joints, handicap, premature death and on and on.

And that’s not to mention the vast cost all those illnesses to our country’s finances, and in three or four years time there is going to be over a million diagnosed obese children.

A message to all the parents out there…smaller portions, less sweets…and boycot fast food restaurants…because you think you love your child, BUT WHAT YOU’RE REALLY DOING, IS KILLING THEM.

Most of all, we know that being fat starts young and it starts at home. 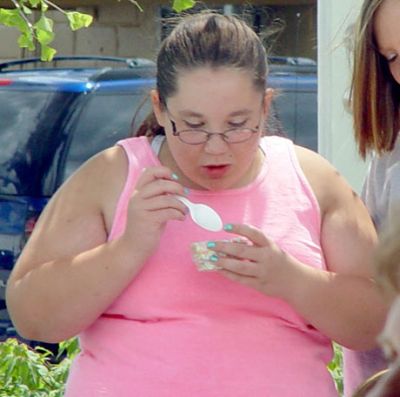 Clearly, therefore, that is also the place to start to put it right. But if diet plans, nutritional advice, threats, cajoling, a carrots and stick approach and even shame have absolutely no effect…what does a responsible society do then?

Do we cough up for the infamous Teen Fat Camps? They’re good for nothing…except hideously intrusive reality television shows…if the child is going to be returned to the environment that made him fat in the first place.

Do we opt for state-funded surgery? Really? Could we countenance paying for ten-year-olds, by the thousand, to be stomach-stapled for life? Don’t think so, do you?

What I like about the possible ‘children in care’ idea, is that it seeks to cure the cause…not the effect.

Child-care might not be ideal, but it is better than an institution, which would serve only to make a child feel punished.

It is intended to be as temporary and as short a stay as is possible.

The children aren’t only there to eat less and exercise more…they are also there to adjust their whole relationship with food and with their bodies.

Meanwhile, the parents will be helped with their own adjustment. Rearranging priorities of time and effort, learning…or being reminded…about basic nutrition, facing up to what ‘a portion’ means in the real world.

Many of those parents may also lose weight themselves…for statistics show that almost all fat children have at least one fat parent and usually two.

Such an extreme solution as having your child taken away is probably nobody’s idea of a picnic, low-calorie or otherwise.

But if it really worked, we would all be winners with slimmer, fitter, happier children going gratefully home to a mother who, now, really could claim to know best.