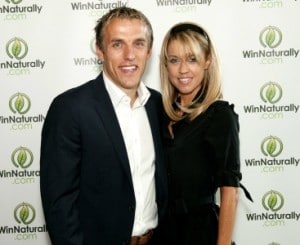 Today, Julie Neville looks the picture of health…but seven years ago it was a completely different story.

Julie, married to Everton captain Phil Neville for 11 years, was a physical wreck.

Having just given birth to the couple’s premature daughter, Isabella, by emergency Caesarean, Julie was experiencing a crushing fatigue like nothing she’d ever known.

‘This wasn’t the normal tiredness that comes with being a new mum,’ says Julie, 35.

‘I was totally exhausted and drained. Most days, it was an effort just to put one foot in front of the other. I also had a poor appetite, headaches and a constant sore throat.’

Things weren’t made any easier by Isabella being sickly, while Julie was also looking after the couple’s lively two-year-old son, Harvey.

‘I was constantly at hospital appointments for Isabella, and for myself because my Caesarean wound wasn’t healing.

‘One day, the doctors commented how dreadful I looked, which was when they referred me for blood tests.’

Julie then discovered what lay behind her symptoms; the results revealed she had an underactive thyroid gland, otherwise known as Hashimoto thyroiditis.

Here, the thyroid gland, which is in the neck, fails, causing symptoms including extreme lethargy, sore muscles, dry hair and skin. Underactivity can also cause weight gain, though Julie didn’t experience this.

The condition is caused by the immune system attacking the thyroid gland, he adds.

‘The thyroid is like a reservoir with a certain amount of thyroid cells at the start. If the immune system begins attacking the thyroid cells, the reservoir starts to fall until it can reach a critical point where your body doesn’t make enough hormone — and that’s when your body starts to show symptoms.

‘We don’t quite know what causes it, but we do know it runs in families. You may be born with a genetic susceptibility and may meet something in the environment, such as a virus, stress or pregnancy which triggers it.’

Underactive thyroid affects 10 times more women than men and has been linked to pregnancy as well as the menopause, with 5 per cent of women aged 50-60 showing symptoms.

‘There is speculation with regards to falling oestrogen and the menopause’s interaction with the immune system, but it is not really known why it peaks then.’

As standard treatment for the condition, Julie’s endocrinologist prescribed the drug thyroxine, to replace her depleted levels of the 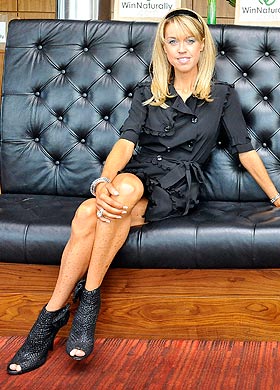 hormone. She was also told she would have to take it indefinitely.

‘I was devastated,’ she recalls. ‘I was not happy that I would have to take these drugs for the rest of my life. But they explained it would treat my condition and that side-effects were very rare.’

Julie started on a 50mcg dose of thyroxine a day and was given regular blood tests. The dosage was upped gradually by 25mcg until at one point she was on 150mcg, widely considered to be a standard dose for a case like hers.

‘I still had terrible headaches, but also blurred vision and dizziness. I was also constantly hungry.’

Thyroxine kick-starts the metabolism and so can cause raised appetite, but Julie’s other symptoms worried her more.

‘I had spoken to others on thyroxine who told me about the massive energy boost they got from taking it, but I never felt that at all.

‘I struggled on for the next 18 months taking the drug. To be honest, my own health was the least of my worries as Isabella had been diagnosed with cerebral palsy at 18 months. She hadn’t reached her developmental milestones and still wasn’t walking. The doctors told us that she may never walk and all I could think about was getting the best treatment for her. Philip was a tower of strength — he was always so positive. But he felt I was putting all my energies into looking after the children and ignoring my own health.’

The turning point came when Julie was at home alone one day with the children.

‘I felt so ill I thought I was having a heart attack. I couldn’t breathe, my heart was racing and I was trembling.’

Julie went straight to hospital, where tests showed her levels of thyroxine were much too high and her heart was racing four times faster than normal. It’s vital that thyroxine levels are monitored in Hashimoto’s patients, explains Dr Vanderpump.

‘If you take too much it can lead to symptoms of an overactive thyroid, which can include palpitations, diarrhoea, irritability and sweating. This is why patients need regular blood tests to check that they are taking the correct dose. Patients are usually on 100-150mcg a day, but this has to be judged individually and if necessary reduced or withdrawn.’

While doctors adjusted her drug dosage, Julie vowed to do everything she could to make herself as healthy as possible.

‘I started to educate myself on conventional medicines, alternative therapies and nutrition. I read that the body uses two specific nutrients to make thyroid hormones, tyrosine and iodine, so I started to eat foods rich in these, including seaweed, mushrooms, beans, seeds, eggs, leeks, onions, avocados, bananas and garlic.’ 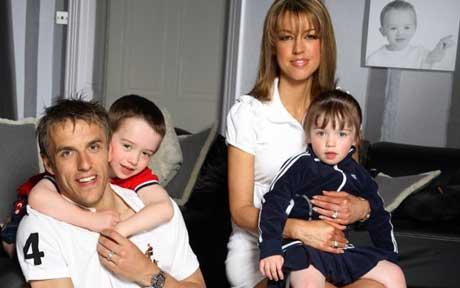 With stress also being a known trigger for thyroid problems, Julie took up yoga and tried to remove excess stress from her life. While making all these changes, Julie secretly began reducing her dosage of thyroxine.

‘I didn’t inform my doctors, as I thought they would tell me not to do it. But I was desperate. Each month I reduced my thyroxine by 25mcg. I knew I couldn’t stop taking it straight away, as the drug had been propping up my thyroid function for two years. But within weeks I felt a different person. My blood tests showed that my thyroid problem was improving. My energy levels had soared and the terrible symptoms I had been having eased. Within six months, I was off the drugs altogether, with my thyroid functioning on its own.’

Although Julie is convinced her lifestyle changes contributed to the improvement, Dr Vanderpump says that thyroid conditions can fluctuate naturally.

‘It may be that Mrs Neville had an episode of Hashimoto’s thyroiditis and needed thyroxine for a while, but then the thyroid healed itself for whatever reason. However, I would not recommend reducing your dosage without consulting your doctor. There’s no evidence for the lifestyle changes she made, but it has done no harm.’

Julie, however, has kept up her new lifestyle and, four years after she came off hormone treatment, says she has never felt better and has now even set up her own health and lifestyle website.

‘I have so much more energy and feel like a different person.’