Children and the ‘nag factor’ 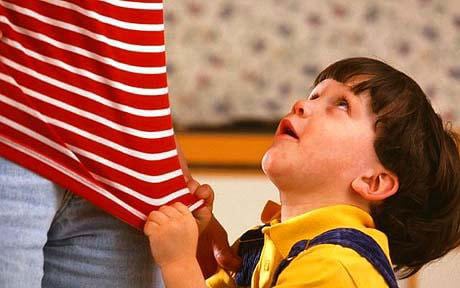 It may not surprise many mothers out there, but there’s now scientific proof linking childrens’ ‘nag factors’ and exposure to marketing.

The more familiar a child is with a character used in selling the product, the more likely they are to nag parents for that product, according to new research. And that nagging can take one of three different forms.

Happily, though, the same data suggests that nagging may be managed by setting rules and teaching negotiation from a young age.

I want one of those – The more familiar a child is with a character used in selling the product, the more likely they are to nag for that food.

Dina Borzekowski, an associate professor at the Johns Hopkins Bloomberg School of Public Health, interviewed 64 mothers of children ages three to five who lived in a Maryland suburb of Washington, DC.

Mothers were asked about how much time their children spend in front of a TV or computer screen and compared it with how much the children asked for food products aimed at children. Researchers also asked mothers how they attempted to deal with their child’s nagging.

The study, published in the August issue of the Journal of Children and Media, may be a boon to parents and to health officials warning of the obesity epidemic.

Ms Borzekowski and her colleagues found that the more a child watches TV or uses internet featuring the wide smile of a marketing character, the more that child will want – and nag for – that food.

It makes sense, then, that a carrot – with no cartoonesque character selling its healthy attributes – is less attractive to a child than a highly advertised cereal or a fast food chain’s burger.

Ms Borzekowski said that other research suggests that nagging for heavily marketed products peaks at age 10 or 11 – when media use peaks – and then decreases in the teen years. Also that as ‘so many of us have dealt with this problem firsthand,’ finding a solution to ‘pester power’ can only be a good thing.

‘The mothers described 10 different strategies to deal with their children’s behaviors, and I feel like I’ve experienced all of them,’ Ms Borzekowski said.

It turns out that giving in won’t help.

‘Giving in was consistently cited as one of the least effective strategies. This unique study offers a platform from which to propose future research and policies to lessen children’s repeated requests for advertised items,’ Ms Henry said.

Because nagging behaviour changes with age, Ms Borzekowski says there may be more effective solutions to reduce those ‘repeated requests.’

‘It’s never too early to start trying to set up rules and negotiate with the kids,’ the mother of three, ages 14, 10 and 6, says.

‘You can even start to say, “we’re going to go into the store, and we’re going to get one item, and you get to pick that item.” You can explain that to a 3-year-old,’ said Ms Borzekowski.

As children get older the style of their nagging – and the object of their desires – changes.

Not that nagging ends, of course, with teenage years. But, if children are able to nag you successfully when they’re five, saysMs Borzekowski, they’ll be even better at getting just what they want when they are 15.