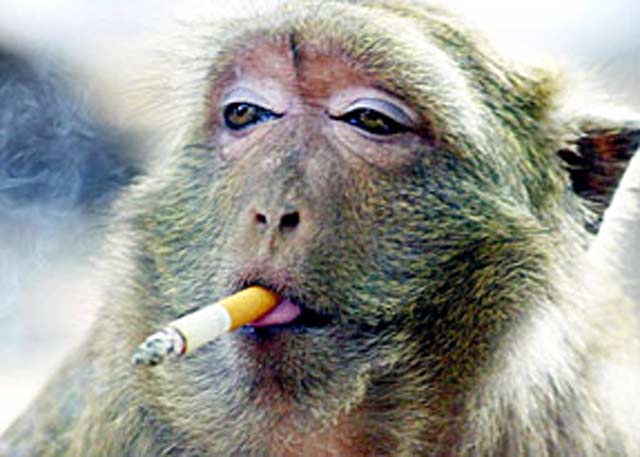 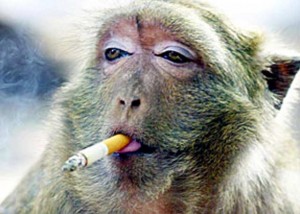 Scientists have been warned that their latest experiments may accidentally produce monkeys with brains more human than animal.

In cutting-edge experiments, scientists have injected human brain cells into monkey fœtuses to study the effects.

Critics argue that if these fœtuses are allowed to develop into self-aware subjects, science will be thrown into an ethical nightmare.

An eminent committee of American scientists will call for restrictions into the research, saying the outcome of such studies cannot be predicted and may in fact produce subjects with a “super-animal” intelligence.  The high-powered committee of animal behaviourists, lawyers, philosophers, bio-ethicists and neuro-scientists was established 4 years ago to examine the growing numbers of human/monkey experiments.

These procedures, known as “human-primate chimeras”, involve the combination of human and monkey cells, tissue and DNA to observe any effect and examine the possibility that such combination could actually exist.  Chimeras are mythical monsters from Greek literature, which combined various bodyparts from lions, goats and snakes.

This team will soon publish its conclusions in leading journal Science.  In the report the committee will address such unsettling questions as whether introducing human cells into non-human primate brains could cause “significant physical or biochemical changes that make the brain more human-like” and how those changes could be detected.  The committee will also examine how detectable differences in the monkey’s brains, for example emotional or behavioural changes, or if the monkeys developed “self awareness,” could be measured – and dealt with.

“What we were trying to do was anticipate – recognising that if science were to take that path there might be some different kinds of moral challenges.” said committee co-chairman Dr Ruth Faden, a professor in biomedical ethics. 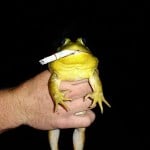 There is a science fiction novel by an unusual author named John Crowley called Beasts that dealt with this possibility.

In that case…I wonder what it would do to frogs…?

But seriously, what would happen?

Maybe we could give it recreational drugs and just let it out in the evenings to go out and get pissed, give it some tatoos, a black wig and hey presto…without knowing it, we’ve just cloned Amy Winehouse.