A good wanking done by someone else helps RLS 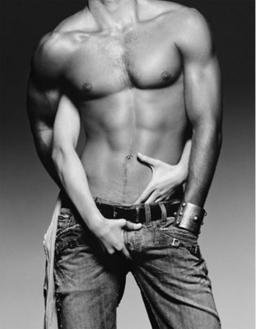 Some say it makes you go blind. Others reply that hey, the lights are out anyway, and I need some sleep.

Particularly if you suffer from Restless Leg Syndrome… a condition that causes as much consternation in scientific circles as it does to those who claim to suffer from it.

Restless Leg Syndrome – RLS – is characterised by an irresistible urge in the limbs to move or spasm.

As the name suggests, it mainly affects the legs, and is at its most active when the sufferer is trying to sleep.

The tickling or burning sensation builds up until the affected limb spasms, then settles only to build up again.

It’s not unusual for people who suffer RLS (which has a wide range of effects) to describe it as torturous.

The scientific community is not so easily convinced. The cause of any individual’s RLS is difficult to diagnose and treatments can range from relaxation techniques to cutting down on coffee to increasing physical exercise.

Of particular concern is the potential for pharmaceutical companies to develop and promote drugs that “cure” RLS online and through backing RLS support groups.

Some of the drugs have been proven effective and are endorsed by government agencies. One such line of drugs includes dopamines.

Fortunately, the body can produce a ready supply of dopamine, something which Luis Martin and his colleagues at Sao Paulo’s Federal University have decided to, er, investigate further.

In this month’s edition of Sleep Science, Prof Marin points to study results from the University of Groningen in The Netherlands, which shows ejaculation in men swamping their brains with dopamines.

“Manual penile stimulation was performed by the volunteer’s female partner,” the study says, with the end goal producing “a wide variety of rewarding behaviors”.

“Parallels are drawn between ejaculation and heroin rush,” it concludes.

Prof Luis says this seems like a simple way for men to reproduce the effects of RLS treatment drugs, without the cost and side effects of using dopamine agonists, one of which is, bizarrely, problem gambling.

So if you find yourself in bed jerking spasmodically and unable to get to sleep, why not go with the flow?