The Beckhams are on their 4th child 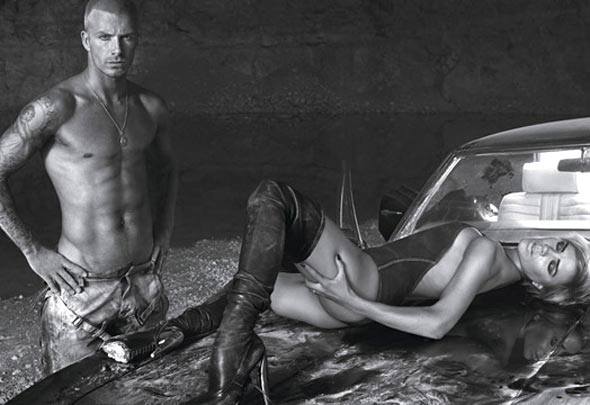 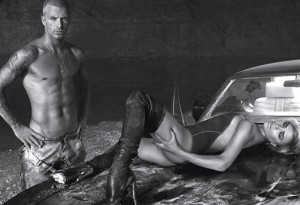 Victoria Beckham’s Spice Girl bandmates were among the first to congratulate her about her pregnancy news.

Emma Bunton, Melanie Chisholm and Melanie Brown all tweeted their good wishes to their 36-year-old popstar pal, who announced she’s expecting her fourth child on Sunday.

Emma, who’s currently pregnant with her second child, gushed, ‘Its such brilliant news!!!’ followed by mother-of-one Mel C, who posted, ‘Absolutely thrilled to hear your news, lots of love to you all x x x’ with mother-of-two Mel B Tweeting a brief, ‘congrats!!!’

Emma, 34, has a three-year-old baby son Beau with partner Jade Jones, and is expecting another baby in May, despite being diagnosed some years ago with endometriosis, which can affect women’s chances of conceiving.

Mel B, 35, meanwhile was the first Spice Girl to become a mother when she gave birth to daughter Phoenix in February 1999, five months after wedding dancer Jimmy Gulzar. They divorced in 2000.

She then had daughter Angel, three, after her relationship with Hollywood superstar Eddie Murphy, which ended before the child arrived.

Mel C meanwhile was the last Spice Girl to become a mother, when she and partner Thomas Starr welcomed Scarlett into the world in February 2009.

Only Geri Halliwell, who does not have an official Twitter account, was missing from the Spice Girl’s online love-in.

Earlier today, a thrilled Victoria, who confirmed yesterday she is expecting another baby with husband David, thanked fans for their good wishes.

She wrote on her Twitter page, ‘Thank u so much for your kind and beautiful messages!!!we are all so happy and very excited!!!!!!x vb x’ 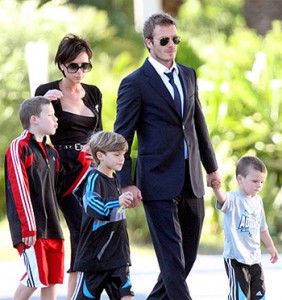 The baby is expected in the summer, but close friends say the couple do not want to know the sex of the child before it is born.

Beckham posted details on his Facebook page telling fans and friends, ‘I’ve got great news to tell you. Victoria and I are expecting a fourth child this summer.

‘The boys are very excited about the arrival of their new brother or sister.’

The couple are understood to have told extended friends and family over the weekend, hosting a celebratory dinner last night.

The former Spice Girl…’turned fashion designer’…has often hinted at her desire for a daughter.

She said in one interview that should could imagine ‘painting her nails, putting on make-up, and choosing clothes’ with her.

Last year, she said, ‘Everyone keeps asking me if I would like to have a little girl and I think, at some point, if I am lucky enough to have another baby, that would be great.

‘If I am blessed enough.’

But in recent months she has been more circumspect, even telling the forthcoming issue of Vogue in which she is cover star, ‘Maybe one day another baby, but at this stage I think the chances of a girl are quite slim.’

Sources close to Mrs Beckham said that she plans to work through as much of her pregnancy as possible insisting it is ‘business as usual’, as she has for her previous three.

She will have to have another Caesarean section because of the risks of a natural birth after already having had the operation.

The couple, who have been married for almost 12 years, have put on a show of unity in recent months after being dogged by allegations that Beckham had been unfaithful.

They filed a lawsuit against a U.S. magazine that alleged he slept with a prostitute. Beckham has also denied claims in court papers by the ex-husband of Hollywood jeweller Shery Shabani that she had an affair with him.

The couple are in Britain until the end of February while she prepares her latest collection for fashion week in London and New York, and he trains with Tottenham Hotspur before returning to the U.S. for the start of the football season there.

The couple’s main home is a £14million mansion in Beverly Hills but they have yet to decide where they will live once his contract with LA Galaxy expires in November.

Beckham, 35, had been in talks with Tottenham to return on a ten-week loan but the deal fell through. Although there have been new rumours that he might be joining West Ham until the end of the season. 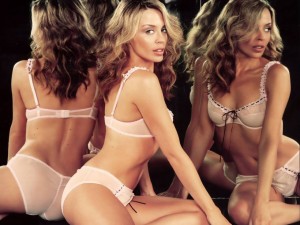 Among the first to congratulate the fashion designer was Kylie Minogue, who wrote on her Twitter page, ‘WOW… congratulations to Victoria Beckham and David…fourth child on the way.’

While the Beckhams’ long-term business partner Simon Fuller said, ‘I’m absolutely thrilled for them. Family means everything to David and Victoria and this is simply the best news they and the boys could have wished for at the start of 2011.’

Last month, David spoke publicly of his love for his wife after winning the Lifetime Achievement Award at the Sports Personality of the Year Awards.

He said, ‘Of course, I want to thank my wife and my children. Not only has she given me three amazing boys…she is truly an inspiration for me every single day.’

In the audience alongside her three boys, Victoria struggle to hold back the tears as her husband received the prestigious honour.

Within hours of the announcement, bookmakers were already taking bets on the unborn child’s name.

Among the most popular bets were Sandra, David’s mother’s name, and David Jnr.

Some of the wackier ‘outside’ suggestions were for Pele and Galaxy.