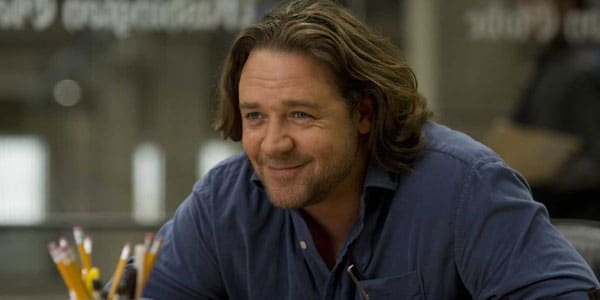 Russell Crowe is said to have given an incredible singing audition that has more than likely clinched him the role of the policeman who pursues Hugh Jackman in the film version of musical Les Miserables.

However, it’s a complex situation because it pits Crowe against his friend Paul Bettany, who has also sung for Oscar-winning director Tom Hooper, who will begin shooting Les Mis in the spring.

‘It’s a high-class problem,’ an executive connected to the movie told me last night.

‘You have two brilliant actors who both have qualities the film requires, but unless we do it in 3D there will only be one actor playing Inspector Javert — Russell or Paul.’

However, another executive informed me that Bettany wouldn’t be getting it and the part will go to Crowe.

Crowe’s representatives arranged for him to do two performance sessions for Hooper.

At the first one, Crowe admitted to not being word-perfect; but at the second  — held in New York this week in front of, among others, Hooper and the show’s composer, Claude-Michel Schonberg — he was.

‘It was quite a brave thing that Russell did: he worked for the role,’ someone in New York close to the film’s production told me. Movie stars are usually lazy and expect everything to come to them. Russell can drive you nuts, but he went out and fought for this. He really wanted it. The sad thing is, Paul really wanted it, too.’

There’s caution over officially announcing that Crowe has the Javert part because discussions are still needed over money and dates, and then there’s the question of personality issues.