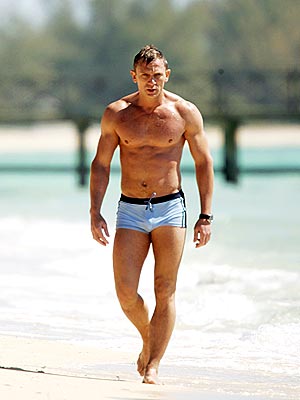 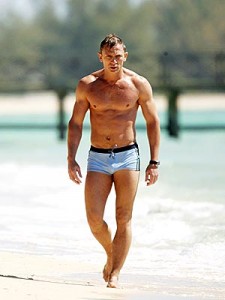 The new Bond movie, Bond 23, is supposed to be out by now…so why isn’t it?

In ‘Casino Royale’, Daniel Craig made a fairly good start to his Bond career. He was looking sexy and sort of keeping the Bond tradition, even if he was a bit too politically correct. But we still liked it. And it was exactly what happened in the book, you know, the whole thing with his wife…which is good…I suppose.

‘Quantam Of Solace’ was an action packed film, even if the actual filming of the action parts were all over the place. So instead of giving it a real feel of what’s happening, it left you asking yourself two questions, ‘What just happened? Who was fighting who? and, Am I watching the right film because I don’t really know what’s going on?’

But again, it didn’t matter because it was a good action movie and it was…James Bond…and we can sort of forgive him most things because, well, he’s James Bond.

So, why is Bond 23 not out yet? I’ll tell you…financial troubles has forced the move to be suspended indefinitely.

Apparently, in July, the production company had axed the movie, so for now, Bond 23 has been postponed.

But I don’t suppose it will matter. Bond films have already left their niche in movie history.

And besides, Daniel Craig had got three film on the go, so I guess he’s been a bit busy.