Liz and Posh DO have eating disorders 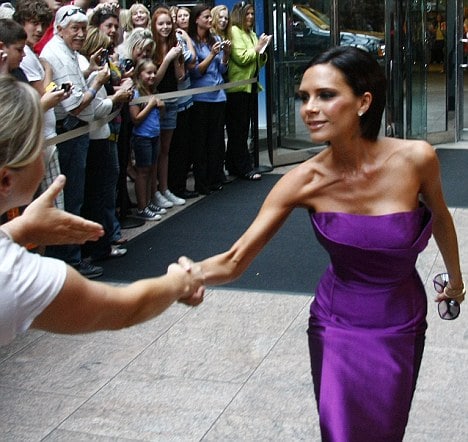 A thirtysomething lawyer, Anne, comes home from her job in an office.

Once or twice a week, she drops into Coles, where she buys two pizzas, biscuits, ice cream and more…a bulging bag of delights.

She arrives at her empty flat, pulls the curtains, puts on the TV and spends the evening eating it all, way beyond hunger or need.

Another woman, Sarah, who is in her 40s, is in a difficult relationship. Her partner is irritable and belittles her. She doesn’t know how to stand up for herself.

Sarah says she frequently eats ‘for comfort, I always have ever since I was little, and my mum would give me biscuits if I was upset’, and has put on a lot of weight – something else she gets criticised for.

A third woman, Carol, a retired 65-year-old mother of three, is fussy about her diet. She never eats bread or potatoes and she’s terrified of eating fat.

Going out for a meal is torture because she doesn’t know what’s in the food. She’s slim and looks healthy but nobody knows how anxious she is about food and how much time she spends worrying about it.

She is divorced and her friends have no idea that she has these problems. What do these women have in common?

I hope you’re getting the picture. They are suffering from disordered eating…something that a psychotherapist specialist in the treatment of serious eating disorders…believes is very common, especially among women.

There are few figures for how many Australians are affected but an American survey conducted by the University of North Carolina found that as many as 65 per cent of women between the ages of 25 and 45 reported having disordered eating behaviours.

Women from all walks of life, and all ages, are equally affected.

Sufferers don’t meet the strict criteria for anorexia, bulimia or binge-eating disorder because their behaviour is not as 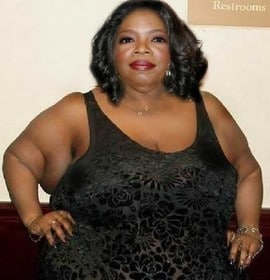 extreme. But they all use food as way of coping with and managing stress.

And, paradoxically, these obsessions often make people even more unhappy.

It is not a formal diagnosis, but a way of describing the experience of those who are distressed by what or how much they eat.

Many whose eating is disordered spend much time and effort trying to control their behaviour. They are often veterans of slimming clubs, gyms and diets.

They feel anxious around food…they often feel out of control of their eating behaviour, even though they are desperate to control it. Some are overweight, but by no means all. Victoria Beckham is a classic example.

After her weight dropped following the birth of her first son, Brooklyn, she denied accusations of anorexia. But in her autobiography she admitted that dieting was a preoccupation. She would go running and consume only liquid-meal substitutes. 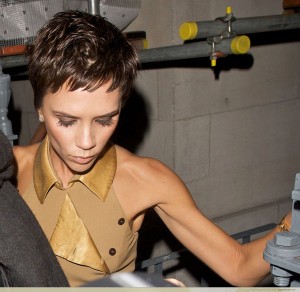 Between bouts of starvation she began to binge-eat – in one passage of her book she describes eating ten bowls of Frosties in one sitting. Now, after the birth of baby number four, it has been rumoured that Mrs Beckham is eating five high-protein meals a day, drinking gallons of water and snacking only on goji berries and nuts.

Then there is Liz Hurley, whose diet tip was ‘eating off a tiny plate and using small cutlery’.

Again not anorexia, but certainly obsessional, even dysfunctional behaviour. Astonishingly, her tip was repeated in many women’s magazines as ‘great advice’.

Elizabeth Taylor, in her book Elizabeth Takes It Off, charted her long-running obsession with diet and food.

And in her recent autobiography, Janet Jackson claimed her fluctuating weight was the result of punishing four-hour runs, followed by equally marathon eating sessions. The list goes on…

Oprah Winfrey has often spoken about her battles with overeating followed by dramatic weight loss. Disordered eating can get worse and become a full-blown eating disorder. It can lead to health problems, often through becoming overweight. But the biggest problem…which all the women described here, famous and not, admit to…is that their habits are a source of sadness in their lives. What sort of help is there?

I believe all these individuals are emotional eaters…they respond to life’s ups and downs by eating or vowing not to eat.

Research shows that eating large quantities of fat and sugar, such as a big bar of chocolate or a packet of biscuits, does have a soothing, sedative- like effect on the body.

So what people with these difficulties need is help to let go of food as a coping strategy and to learn how to soothe themselves and trust others to support and help them.

If what I’ve said so far makes sense there are national support groups for those who have these kinds of difficulties…Overeaters Anonymous or Beat, which runs a network of support and self-help groups.

Your doctor can also give you access to counselling, which should help you to deal with any underlying issues.

You may be interested to join a group, face to face or online, in the Understanding Your Eating programme. These are run by trained counsellors who will help you change your eating behaviour and improve your self-esteem. You will learn that you started using food for perfectly understandable reasons; that you were originally trying to help yourself; but that you can learn to manage your life better.

The fact is that you don’t have to spend your life obsessing about food; there is another way.