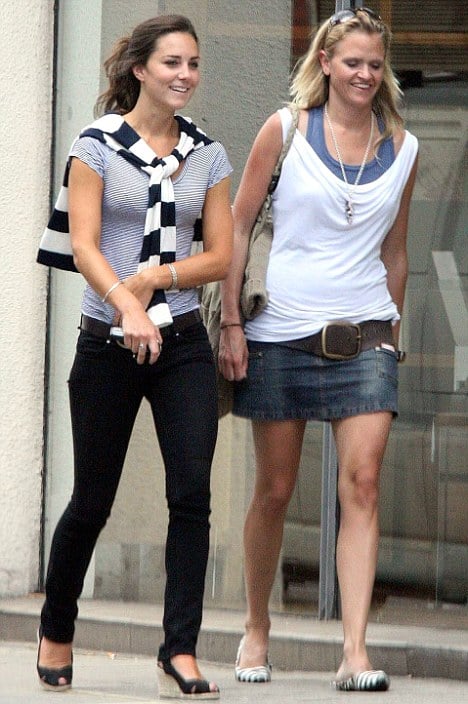 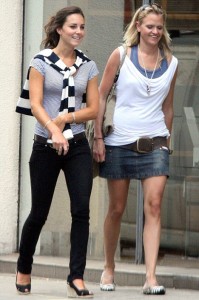 A friend of Kate Middleton was interviewed under caution by police after posting an online message saying she planned to shoot illegal immigrants.

Emma Sayle, 32, was formally questioned by police earlier this month after officers received a complaint about a message on her Facebook account but will face no further action.

Events organizer Miss Sayle is the head of The Sisterhood, an all-female charity group which Miss Middleton joined in 2007.

Miss Sayle caused outrage when she posted a message on the social networking site that read, ‘Just had a two-hour shooting lesson. She will now be using this skill on the top of East London high rises to help with the UK’s illegal immigrant problem.’
A shocked reader alerted police but Miss Sayle, of Wandsworth, South-West London, said the complaint was ‘pathetic’ and ‘created by someone who’s obviously got a grudge’.

Days later Miss Sayle, who runs an ‘upmarket’ swingers’ club, wrote: ‘Just had a call from the old bill demanding I go in as someone has reported me for apparently making racist comments… hahaha… using my new found gun skills to control the UK’s illegal immigrant population is not what I call racist.’.

A Scotland Yard spokesman said today, ‘Officers from Kensington and Chelsea investigated comments allegedly made on the Facebook website after a complaint was made at Chelsea police station on Wednesday December 1st. No arrests were made.

‘On Monday December 20 a woman attended a West London police station by appointment in relation to the investigation and was interviewed under caution. Officers have now liaised with the Crown Prosecution Service who advised no further action.

Just a day after her police interview, Miss Sayle posted a link on her Twitter page to a Right-wing U.S. website entitled ‘Australia says no to Muslims’.

Miss Sayle, who attended Downe House boarding school with Prince Michael of Kent’s daughter Gabriella Windsor, was the subject of a London council investigation earlier this year over claims her Killing Kittens firm used a $50 million house for sex parties.

She has described herself as ‘one of the world’s leading sextrepreneurs’ and sells sexual aids and ‘kidnap role play experiences’ for $5,000 through her company.

On The Sisterhood website she is listed as the ‘fearless leader of this merry band of girls’ as well as the ‘brains and brawn behind a very successful company in the upmarket adult industry’.

The fundraising group notes Miss Sayle’s hobbies include ‘attempting to surf, on a speedboat, breaking squash rackets on walls, playing dirty in triathlons, practicing her front crawl naked in the serpentine after a night out’.

Kate Middleton had been a member of The Sisterhood crew until 2007, when she was forced to pull out of a planned cross-Channel rowing attempt due to security fears.

Miss Sayle organized the event, which saw the crew row to France in a Chinese ‘dragon boat’, completing the 21-mile journey in less than four hours.