Jennifer Aniston gets a tattoo to honour her deceased dog, Norman 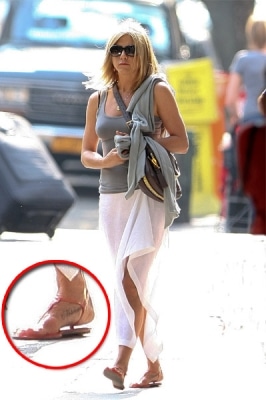 Jennifer Aniston has joined the ranks of the inked by getting her first tattoo.

The “Horrible Bosses” star strolled through New York City in sandals, revealing a tattoo on the inside of her right foot that has a special significance.

The tattoo reads, “Norman,” in memory of her beloved Welsh corgi/terrier mix who passed away in May at the age of 15, a rep for the actress said.

Jennifer appeared emotional while speaking about her departed dog at a taping for “Inside the Actors Studio” in New York City.

When asked by host James Lipton to reveal her “favorite word,” Jennifer said, “Norman,” with a tear in her eye.

If you’ve ever been attached to a dog or pet, you’ll know how upsetting it is when you lose them…whether they’re young or old.

Also, if you’ve got an affection for animals, it tends to kind of mean you’re a good person. Many people have dogs , but there are loads of folk that just don’t know how to love or look after them.

You’ll see a picture below that just sums up how Jen felt about her Norman. She also has a white German Shepherd called Dolly…who I’m sure, misses Norman as much as Jennifer.

The entire “Inside The Actors Studio” experience was humbling for the star, who revealed, “You’re talking with students and it’s just wonderful. 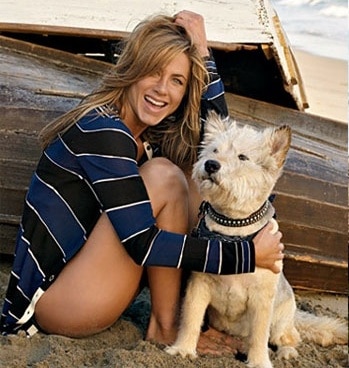 “It was so refreshing and to have someone to reflecting back to you about your work and asking questions about where you came from and what sort of led you to be you who you are today as an actor,” she continued as she promoted her new film. “I loved it, I was very humbled.”