Halle Berry’s stalker has been charged 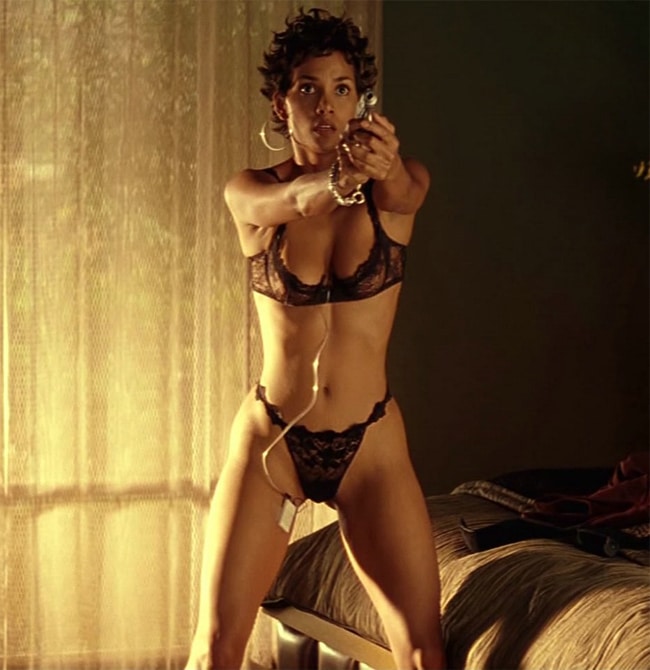 A man accused of showing up at Oscar-winning actress Halle Berry’s Hollywood Hills home for three days in a row in July has been ordered to stand trial.

Richard Anthony Franco, 27, has been charged with on one count each of stalking and residential burglary.

Berry was not called to testify during the hearing, which included testimony from a security guard who worked for the actress and a Los Angeles police detective who spoke to Berry on July 12, one day after Franco’s arrest.

LAPD Detective John Gregozek told the judge of Berry’s response said: ‘She was afraid for her safety and that of her daughter, as well.’

‘She hired armed security to stay at her residence 24 hours.’

Berry said she had initially seen the intruder while she was in her kitchen with her manager on July 9, and her manager went outside and told him to leave, and that she saw him again the next day after she went into her kitchen to get something to drink, the detective testified.

Gregozek added: ‘She saw the defendant standing at the kitchen door,’ noting that Berry told him that she locked the deadbolt on the kitchen door and ran upstairs to call 911.

The detective testified that Berry told him she realized that a key that had been attached to a keychain in the door to a room she uses as a beauty salon was missing, and showed him a key and keychain that were similar to the ones later recovered from Franco following his arrest.

Another prosecution witness, Joseph Vach, testified that he was working as a contract guard at Berry’s residence July 11 when he saw a man he identified as Franco try to climb over the fence, fall backward and then vault over the fence in his second try.

He said police were called and Berry was notified to get to a safe place.

Berry was asked to walk outside the home to identify Franco, the security guard testified.

Franco was carrying a notebook that mentioned the actress by name, Vach testified.

Under cross-examination, the security guard said he did not know who had written in the notebook.

Franco, who has been barred from coming within 500 yards of Berry and her home, is due back at the downtown Los Angeles courthouse on October 31 for arraignment.