Fan claims Justin Bieber is the father of her child 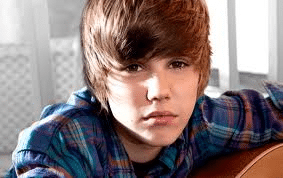 Teen heartthrob Justin Bieber has reportedly been hit with a shock lawsuit – claiming he fathered a child with a fan.

A Californian woman is said to have requested the 17-year-old take a paternity test to “scientifically confirm” he’s the dad of her three-month-old.

But a spokesperson for the teen titan has angrily denied the allegation.

Matthew Hiltzik said: “While we haven’t yet seen the lawsuit, it’s sad that someone would fabricate malicious, defamatory, and demonstrably false claims.

“We will vigorously pursue all available legal remedies to defend and protect Justin against these allegations.”

The woman, Mariah Yeater, 20 is reported to claim in a sworn affidavit that she was 19 years old when she had sex with the Canadian crooner at a Los Angeles show last year.

The writ is said to have been filed in a California court on October 31.

She is asking the court to force Bieber “to provide adequate support for my baby,”.

She famously received death threats from some of the singer’s fans when they first went public with their relationship last year.

Bieber has publicly criticized casual sex in the past, saying: “I don’t think you should have sex with anyone unless you love them.”

And recently he revealed that he wanted to be a father by the time he was 25.