Elvis had FBI badge to transport drugs and guns

STORIES THAT REALLY DID HAPPEN, RE-CALLED BY HARRY HARPER

As 1970 nears its end, Elvis Presley is riddled with worries about assassinations, anti-war protests, a lack of respect for authority and the prevalence of drugs.

His paranoia about the abuse of drugs by young people is exacerbated by the quantity of substances he himself consumes. Shopping proves a reasonably effective method of allaying his fears about everything else.

Over the course of three nights, he spends $20,000 on guns; the following week, he buys two Mercedes — one for himself and another for a girlfriend; the week after, he buys a third Mercedes for an aide, plus a new Cadillac as a wedding present for a Palm Springs patrolman with whom he has struck up a friendship. 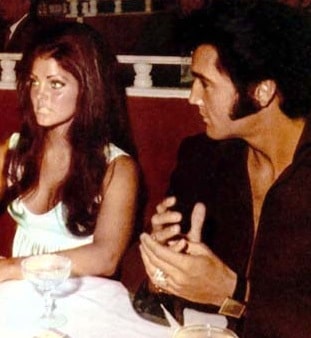 On December 19, his father and his wife Priscilla confront him: his spending is getting out of hand. Presley takes this badly.

‘I’m getting out of here,’ he shouts.

Without telling anyone where he is going, he flies from Memphis to Washington, from Washington to Dallas, then on to Los Angeles, then back to Washington.

In flight, he writes a letter to the President in which he asks to be made a Federal Agent at Large.

He has, he adds, pursued ‘an in-depth study of drug abuse and Communist brainwashing techniques … I would love to meet you just to say hello if you’re not too busy.’

Hours after dropping the letter off at the White House, he receives a phone call. It is Egil ‘Bud’ Krogh, deputy counsel to the President, wondering if he would drop by in 45 minutes. The senior staff at the White House feel that, in view of Richard Nixon’s poor standing among the young, it would be ‘extremely beneficial for the President to build some rapport with Presley’.

Elvis arrives in full make-up, wearing a large brass-buttoned Edwardian jacket over a purple velvet tunic with matching trousers held up by a vast gold belt. A necklace and a gold pendant hang from his neck.

He strides confidently into the Oval Office and spreads his collection of police badges over Nixon’s desk for him to admire.

Soon, he has launched into a passionate diatribe against The Beatles…they have come to America and taken American money, then gone back to England to foster anti-American feeling.

‘The President nodded in agreement and expressed some surprise,’ reads Bud Krogh’s official memo of the meeting.

Elvis then tells him: ‘I’m just a poor boy from Tennessee. I’ve gotten a lot from my country. And I’d like to do something to repay for what I’ve gotten.’

‘That will be very helpful,’ replies Nixon, cautiously.

Elvis senses the moment is right to ask for a Bureau of Narcotics and Dangerous Drugs special agent  badge. The President looks a little uncertain and says: ‘Bud, can we get him a badge?’

‘Well, sir,’ Krogh answers, ‘if you want to give him a badge, I think we can get him one.’

Presley is overcome. ‘This means a lot to me,’ he says.

He pulls Nixon to him and hugs this least tactile of presidents to his chest. Nixon pats Presley briskly on the shoulder.

Managing to extricate himself from Elvis Presley’s embrace, he takes a step back.

‘You dress kind of strange, don’t you?’ he says.

‘You have your show and I have mine,’ explains Elvis.

Presley returns home, badge in hand, in such a state of triumph that he buys a further four Mercedes as Christmas presents.

His wife later claims he only wanted the badge so he could transport all his prescription drugs and guns without being arrested.

But he will use it for other purposes, too: as a fully-fledged FBI special agent, he sometimes flashes the blue light on his car to pull motorists over for speeding, or to offer assistance at road accidents.