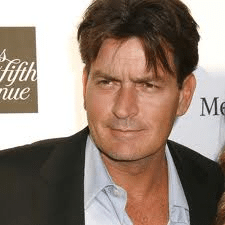 Charlie Sheen is to return to television next year with a series on FX called Anger Management.

The previously-announced show had been looking for a network but FX has now confirmed it will broadcast an initial 10 episodes in summer 2012.

Sheen, 46, will play an anger management therapist whose unusual methods causes chaos for his patients.

In March, the actor was sacked from his previous role in Two and a Half Men after a series of public outbursts.

His new series is loosely based on the 2003 film of the same name starring Jack Nicholson and Adam Sandler.

Production of the show starts early 2012 and FX confirmed that Sheen will have a “significant ownership stake” in the series.

The president of FX Networks, John Landgraf, called the show a “wonderful, hilarious vehicle for Charlie’s acting talents, and a character we are very much looking forward to seeing him play”.

Sheen was the highest paid actor on US television while playing Charlie Harper in Two and a Half Men and was said to earn $1.25 million (AUD $1.15 million) an episode.

Warner Bros. sacked him in March.

Production of the show had been suspended in January 2011 to allow Sheen to go into rehab for reported drug and alcohol abuse.

Filming was then officially halted in February after the actor insulted Chuck Lorre, the show’s producer and co-creator, in several interviews.

Sheen’s character was later killed off and replaced by a new character played by Ashton Kutcher.

The actor recently settled his lawsuit with the show over his sacking and at last month’s Emmy TV awards he appeared to have made peace with his former colleagues.

Presenting an award, he wished the show well “from the bottom of my heart” and added: “We spent eight wonderful years together and I know you will continue to make great television.”