Hollywood veteran Martin Sheen has teamed up with his son Charlie Sheen to spoof his famous role in the war film Apocalypse Now.

The father and son appear together for only the second time in their careers to promote Charlie Sheen’s ‘roast’ on the Comedy Channel.

In the clip Charlie Sheen, his face covered in camouflage paint, emerges from a mist swirling over water.

His voice is heard saying: ‘I was going to worst place in the world – cable.’

The image is a direct copy of one of the most famous scenes from the 1979 film when Martin Sheen’s camouflaged face suddenly appears in a mist covered lake.

To add to the authenticity for the short film the son of Apocalypse Now director Francis Ford Coppola acted as a technical advisor.

In the comedy clip Charlie Sheen, who was fired from his $30m year role in Two And A Half Men makes his way across the water where two bikini clad girls, including playmate and former I’m A Celebrity contestant Kayla Collins, are sitting. 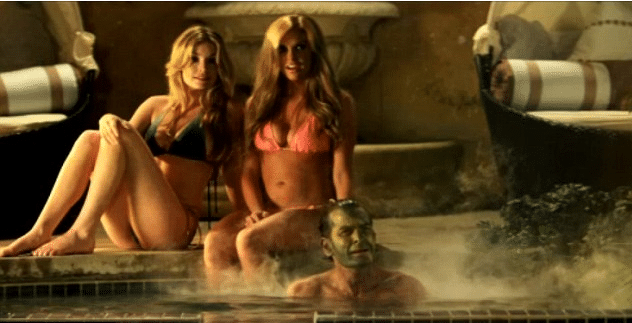 It is only then that his father appears and scolds Sheen about the trouble he is getting into.

He says: ‘Charlie get inside and wash your face. It’s past your bedtime.’

As Sheen looks shame-faced, his dad asks: ‘When will this ever end?’

As the two girls are forced to leave, one of them says: ‘His dad used to be the president’ – a reference to Sheen’s role in The West Wing.

The short film, which was premiered on the Entertainment Weekly website, was shot in Charlie’s swimming pool.

Production staff said the involvement of 71-year-old Martin showed how close he was to his eldest son. 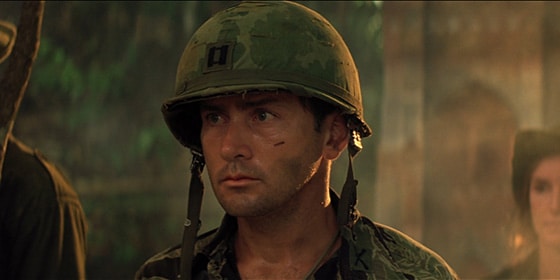 The video is being used to promote Charlie Sheen’s roast which is being shown on the Comedy Channel on September 19th.

Production chief Jonas Larsen said they never thought they would get Martin to take part.

‘It was a revelation just how sweet they were together,’ Larsen says.

Martin Sheen played Captain Willard who is sent into the Vietnam jungles to track down and kill a renegade army colonel played by Marlon Brando.

The film was a critical and box office success and spawned several memorable images and catchphrases, including Robert Duvall’s ‘I love the smell of napalm in the morning’ as helicopters raid a enemy village.